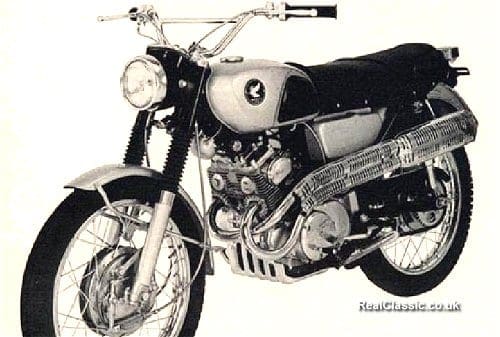 It’s a strange old world, ours. Classic biking attracts all kinds of folk from all walks of life. Some are ardent riders, some demon spanner twirlers, others restore to original status and a few write about their passion (like the ever-active RC Crew).

There’s one other specialist out there who sometimes doesn’t get much coverage; this is the collector. Often these individuals hide their light under a bushel and are self-effacing folk who make little if any political capital of their hobby. For many it’s less of an affliction or obsession and more of a lifetime’s quest. These are the people who dealers contact when some obscure or old bike turns up and cannot (apparently) be repaired.

The serial collector comes in two sub-categories; the fettler and the hoarder.

The former is a person whose knowledge and company are worth soliciting; this is the person who knows how to set up pretty much any bike you might have or aspire to. The fettler often has stocks of parts for that obscure Oriental bike that you have just bought and will be happy to help you get it on the road. The fettler is often simply delighted to know that another Japanese bike is back and running as the makers intended. The machines that the fettler gets offered are varied and legion.

Far too often modern bike shops reluctantly take on a repair job and are simply not equipped or in possession of the correct knowledge to address the issue. Examples that have come to this writer’s attention make for interesting reading and illustrate just how times move on and knowledge is lost. 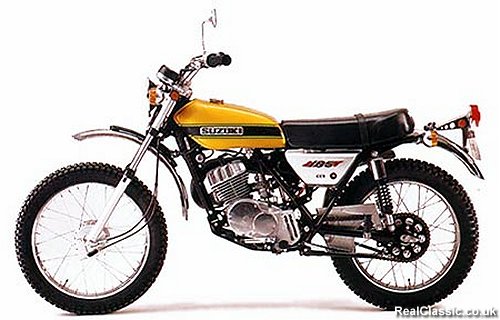 Case number two is strangely similar but afflicted a Suzuki Hustler. Again a severe lack of go had caused both owner and bike shop (not the same one) to abandon a frankly rather viable project. Readers of RC will doubtless be delighted to hear that Suzuki’s perverse logic demanded the right hand coil be connected to the left hand plug and vice versa. This apparently simple issue was readily addressed and the T250 was once again running as the boys in Japan intended. Without the knowledge the bike was ultimately destined for the scrap yard.

The hoarder is really a sub-species of the fettler and collects bike or parts thereof whenever the opportunity presents itself. This character seems to have a latent intuition that can pick up on a bike needing a good home.

Two hoarders have recently come up on the VJMC radar system. One is a chap who after selling his own bike shop kept just a few old machines and has collected odd-and-sods every since. He’s been able to keep friends and club members on the road via what many might dismiss as simply junk for ages and has had enough parts to complete a couple of bikes of his own. With three or four abandoned examples of a Suzuki B100 to plunder, one complete bike has been recovered. He recently had to downsize the hoard and, being a canny bloke, sifted out all the genuine rubbish just before the bottom fell out of the scrap market. The proceeds have been ploughed straight back into another project. The second hoarder apparently mentioned they have some sixty (yes 60) old Japanese bikes and was happy to offer them for display at a forthcoming show.

Membership of any club should bring benefits and when you find the VJMC has characters like these it’s hard to argue against the obvious logic of joining. If you want to know more about the ways of Oriental machinery you know where to find us.

If you’d like to join other fettlers, hoarders or old-fashioned enthusiasts of classic Japanese motorcycles, then see www.vjmc.com