Steve Hodgson fitted his Falcone with electric starting a while ago. All went well until the MoT moment when the electric leg struck back, and the Guzzi single went into perpetual motion!…

October is the time that my Moto Guzzi Nuovo Falcone is due for its MoT so off we went down to the local bike shop for the annual check up. No problems, it passed with no bother at all – great!

Taking the bike for its MoT is still a bit like waiting for your firstborn, no matter how many you have taken, so I was feeling a little bit smug. In the workshop the guvnor’s mate was struggling with a hulking Kawasaki four which refused to start.

The guvnor decided to show off to his mate the excellent starting characteristics of the NF, using the electric leg of course.

‘Watch this’ he said, and jabbed the Guzzi starter button. The bike started up and settled down to a dumper truck engine beat, as they do. More smugness all round — except for the poor lad playing with the Kawasaki.

Point made. With a cavalier flourish the guvnor switched the ignition on the Guzzi off.

The bike kept on running without missing a beat…

‘Italian electrics’ sprang to mind, so I turned the key switch back and forth a couple of times. But it STILL kept going.

‘What have you done to my bike?’ I whimpered. ‘It’s been the length and breadth of the UK this year, never missed a beat and always behaved itself.’ Until, that was, the guvnor laid his hands on it!

By this time the mate had abandoned the Kawasaki and joined the puzzled onlookers. We selected second gear, locked the back wheel and I dropped the clutch.

Then it started up again when we let go!

I rushed around to the other side and pulled off the plug lead.

‘It must be a diesel’ said Kawasaki man.

I immediately suspected the starter circuit and pulled off the wires to the starter button, thinking it could be stuck in

BUT IT STILL KEPT GOING!

We bemused trio stalled it again and this time it finally stopped running. The guvnor beat a hasty retreat to write out the MoT certificate, leaving me with a lifeless bike. My keen engineering brain kicked into drive, in the eerie quietness of the workshop. It couldn’t have been pre-ignition as the engine was cold and it certainly was not a diesel! I tried the lights and, sure enough, there was not a glimmer except for the faintest glow of a pilot light.

Now we had a flat battery as well… 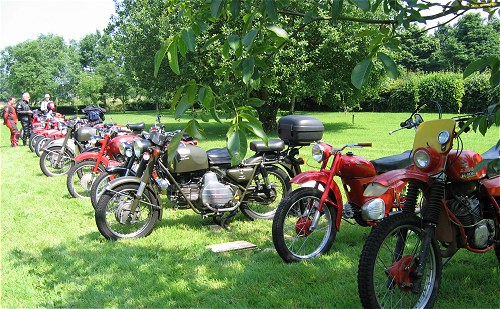 Fortunately the battery on the Guzzi is car size and in excellent condition so within a few minutes the lights were blazing as if nothing had happened. I switched on the ignition, and with the plug still disconnected, lifted the valve lifter and pressed the starter button. The engine spun over smoothly and stopped when I released the button. All working fine.

It must have been a stuck starter solenoid switch. It could not have been anything else – but why?

The valve lifter, that was it. When the guvnor started the bike he omitted to use the valve lifter and the additional current surge produced must have caused the switch to stick on…? That had never happened to me before.

I replaced the plug cap, picked up my certificate, sat on the bike, pressed the button and up she fired as if nothing had happened. And true to form it has not happened since.

There must have been over 100 years of bike experience stood around the bike during its tantrums and we did not twig the real reason for the demonstration of perpetual motion. That’s Guzzis for you! 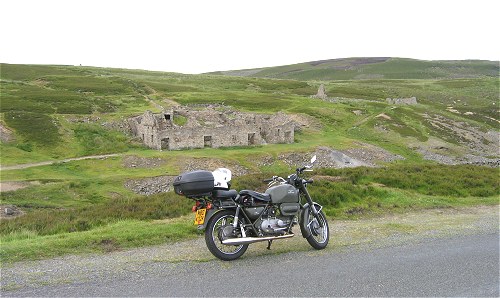