You’ll have seen the photos of the new unit-construction, fuel-injected Royal Enfields already. Here’s your chance to inspect one in the metal and take it for a spin…

Royal Enfield are rather proud of their new Bullets, and the weekend of June 20th and 21st 2009 is your opportunity to inspect it in the metal in a variety of its incarnations. Based on the popular and well proven Electra (that’s the model which carried Rowena for 3000 miles in 11 days without a hitch; well proven indeed!), the current range is equipped with the all new unit construction fuel-injected engine. The Electra EFI looks and sounds like a classic British single – more so than its immediate predecessor, in fact — but with a significant performance boost, excellent fuel economy and reduced exhaust emissions.

There are several variations on the Electra EFI theme, all with five-speed gearbox, disc front brake, halogen headlight, gas-filled rear shocks, electric and kick start, indicators and other such mod cons. The Deluxe version features a chrome tank, matching chrome mudguards, hand-painted pinstripes on the sidepanels and classic pattern Avon Speedmaster tyres. This gives the fuel-injected Electra the classic Bullet look of the 1950s but with modern performance and reliability. 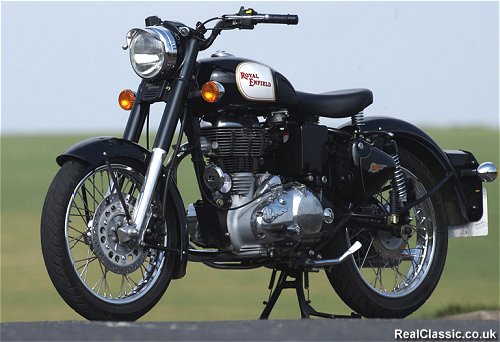 The Bullet Classic harks back to the G2 model of the early ’50s and comes in a gorgeous shade of polychromatic green among other two-tone schemes, with a solo saddle, polished and detailed engine cases and 18-inch wheels. The Clubman version matches clip-on bars, rearset pegs, a sporty seat with removable cowl and Goldie-style silencers with a polished aluminium tank – perfect for fast lads. The Trials version offers a traditionally upright view of proceedings with wide, braced bars, a swept-up silencer, alloy bash plate, solo seat and chunky tyres. 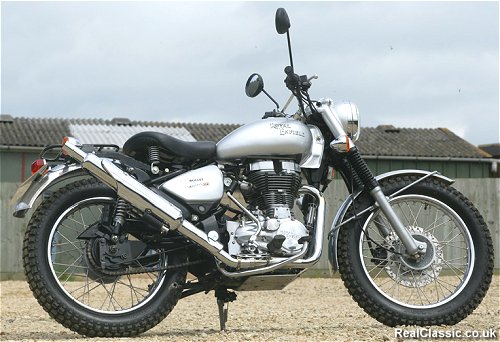 If you want to try one of these for yourself then be sure to arrive early and book in for your test ride – and don’t forget to bring your licence.

While you’re waiting for your turn to take a test ride, there are plenty of other things to keep you entertained:-

Plus the RC Roadshow will be on site for both days, and there will be a special Norton Challenge ride on the Sunday morning (magazine readers should check their subscriber’s newsletter with the June issue for more details of that). We’re also promised a display of Royal Enfield Interceptors on one of the days, as members of the REOC bring their big twins along to join the fun.

Home cooked refreshments will be on offer (there’s normally a slap-up curry for lunch, cooked by the local sea scouts), with proceeds from selected activities going to charity. If the weather is fair then we expect to see over 2000 visitors during the weekend – many of them taking advantage of the IAM instructors who can offer advice on safe riding: last year the IAM supervised over a hundred test rides each day.


Some Bullets on eBay

Do come along and see the RC Crew on either day; even if your bike doesn’t win a concours award we will treat you to a HobNob and you can top up your subscription or buy some back issues. The fun starts at 10am each day, and goes on until late afternoon. Money raised over the weekend will go towards the Midlands Air Ambulance; admission and parking are completely free. 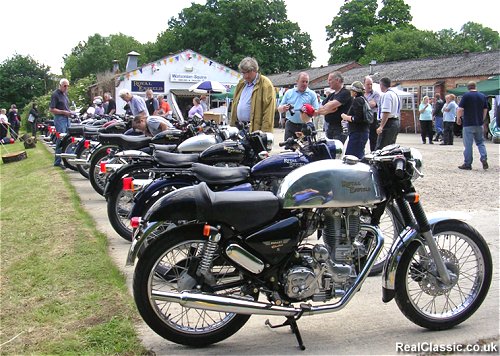 The fourth Royal Enfield Open Day will be held at Watsonian Squire, Blockley, near Moreton-in-Marsh in Gloucestershire on Saturday and Sunday, 20th and 21st June 2009. The factory is not too far from Banbury should you want to stop off after the Banbury Run, and within a half hour ride of the M5 and M40.

If you want to take a machine out for a test ride then you will need to bring both parts of your driving licence, a road legal crash helmet and adequate riding gear. Call in advance for more info, including details of local campsites and B&Bs: 01386 700907 or see www.royal-enfield.com/openweekend.html 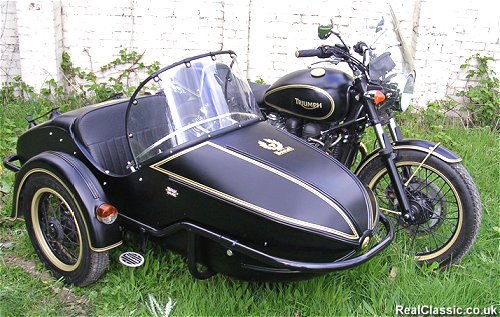