What do you call an assortment of three lively Latin classics? Russ Gannicott compares and contrasts the various components of his Red-Eye collection…

A bit corny, I know, but ‘red-eye’ seemed an amusing title for a mini collection of red Italian bikes, all with names ending in the letter ‘i’. Mmm, must be my infantile sense of humour! There are some I could add to the collection, and in time might, like; Garelli, Testi and Motobi. Some I might not, the Guzzi V35 to mention one! However, the fact is that I have three 350s spanning a ten year period of development of the Italian bike industry. It’s an interesting starting point from which to make some comparisons.

A bit of basic history about the specific bikes first. The Ducati is a 350 Mk3 with a small-time race history. It was built from a 1974 French imported road bike for short circuit racing in this country, and as such was campaigned in a soft state of tune with some vigour during the 1980s and early 90s. The bike is equipped with period NCR single seat, alloy tank and works rearsets. The tuning is restricted to the top end of the engine, with the exception of the total loss ignition system which facilitates the removal of the alternator. This gives a little extra zip at the bottom end of the power band but makes night riding interesting, to say the least!

The Moto Morini 3½ Sport is a 1978 model which means it has Grimeca cast alloy wheels and single disc front brake as standard. The bike is in original condition and was purchased from Mick Phillips of Bike magazine just prior to Mick moving to Italy. The only modifications from standard are a Tarrozzi fork brace and Tarrozzi rearsets which, at six feet tall, I found were necessary to prevent me from adopting the classic ‘Italian Monkey’ riding position — which just looks damn silly if you catch sight of yourself in a shop window!

It was a bit of an accident buying the Benelli. To be truthful, I was looking for a rough 354 that I could build into a race replica for use on parades and track days and had ignored a couple I’d found on the grounds of them being too good to rip apart. However, when a 1981 354 Sport raised its head on eBay a little while ago, it didn’t just look too good, it looked SO good that I immediately scrapped my plan for a race rep and set out on what I thought would be the hopeless task of winning the bidding for this little gem.

The description sounded really good but the photo was a tad fuzzy so I knew some bidders would be put off. I put my usual eBay strategy into action and immediately contacted the seller and got as much detail and information on the bike as possible. This approach also gives you a pretty good idea of what the current owner is like and how they may have treated the bike during their ownership of it. I was bidding blind for the bike and only had these facts to go on so I set myself a modest limit and kept my fingers crossed. I deliberately made myself keep away from eBay until the auction ended as I knew I’d break my own rules and increase my bid if I wasn’t winning.

I was amazed when I discovered I’d won the bike… I guess others were put off by the dodgy photo! When it turned up a few days later, the guy who delivered it turned out to be another bidder on it but failed to get his higher bid placed in time as he had to work that evening. Phew. Lucky or what? The bike turned out to be an immaculate, very low mileage example which had never seen a wet road in its life. Since owning the Benelli I’ve been approached by several people who saw it on eBay and have since seen it in the flesh, who have offered me best part of a grand more than I paid for it! 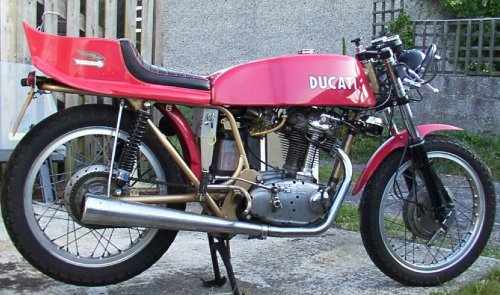 These three bikes represent very different eras in Italian motorcycle development; the Duke was the final incarnation of a tried and tested format that had its roots in the late Fifties and as such was somewhat outmoded by 1974. The Morini was a truly innovative machine, with its 72-degree V twin and heron head design which was ‘mid development’ by the time my ’78 model came off the line. Finally, the Benelli was a last ditch attempt by a flagging industry to try and beat the Japs at their own game. As part of the DeTomasso group the Benelli four cylinder engines were built by Moto Guzzi and borrowed more than a little in design from their Honda counterparts.

Impressions on the road are pleasing for all the bikes, the most obvious being that they enjoy unparalleled road-holding characteristics for their respective eras. Despite being overweight and underpowered the Benelli corners like a dream and feels very sure-footed, with no obvious vices. To be honest, you can’t really go fast enough to get into trouble. 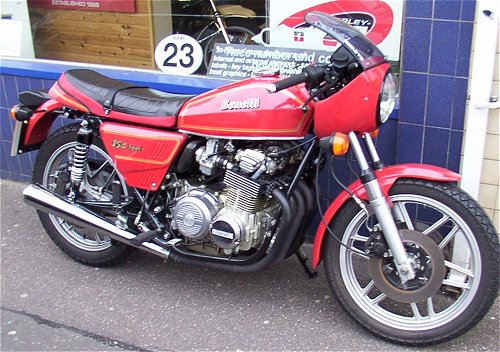 As expected, the Ducati in its light race trim is a harsh ride and has the ability to scare the rider easily. Owing to its lightness it’s hard to keep on line through a bumpy bend. There have been several occasions when I’ve been glad that it only has a drum front brake as I’ve instinctively gone to grab a handful of it with the thought; ‘I’m gonna lose it, I’m gonna crash!’ screaming in my head. Just when you think you’ve pushed it too far, the little Duke will pull you through with just a hint of a warning of what might happen if you forget to respect it.

Road-holding is very good on all three bikes and there is nothing in the handling to give away the fact that the Duke has a stressed member, single tube set-up compared with the semi-duplex frames of the other two. For comfort the Benelli is outstanding, whilst for discomfort the Ducati takes the medal. Any ride on the Duke will necessitate a post-ride nut tightening session, with longer journeys frequently needing some back up to collect the bits that drop off! As previously mentioned, the Morini benefits from its rearsets and the surprisingly soft suspension gives a stress-free ride. 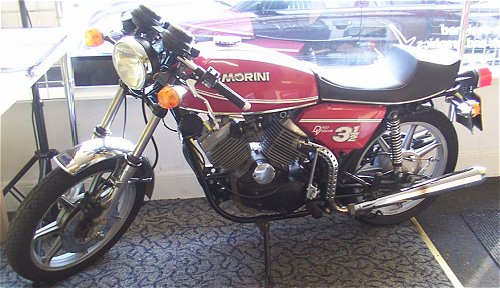 OK, conclusions; The Morini is the most complete package of the three and is the bike of choice for modern style sports riding. Without doubt the Duke is the most demanding to ride but rewards you with a grin that lasts long after you’ve climbed off it. As for the Benelli, well, it looks beautiful, almost rides itself and would always be my choice mount if I wanted to go to a gathering of Italian bikes that was more than a county away.

If I was only allowed to keep one? It would probably be the Duke. The other two could be replaced but the Mk3 is always there to remind me of former track experiences and, on any Sunday morning, for a brief few moments I am Luigi Taveri, Spaggiari and Hailwood all wrapped into one.