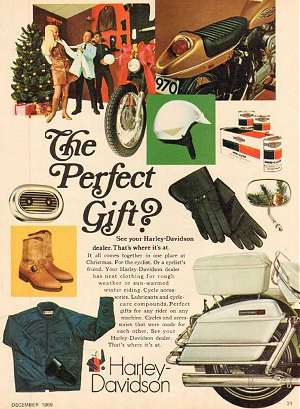 It was a dark and stormy night at the very end of the year. Roy Warren completes his story as midnight approaches and Eddie, our hero, has just been knocked unconscious ()…

A dull pain in the back of Eddie’s head seemed to slowly increase in intensity as he opened his eyes. For a few seconds his brain refused to acknowledge the messages being sent to it. As he looked about him curiosity began to over-rule the discomfort he felt in his head and shoulder. As he sat up his vision began to clear, although the pain by now was spreading across behind both eyes.

Eddie saw he was lying on a leather-clad couch that had buttoned upholstery and heavy, dark wood arms at each end. A few feet away blazed a large fire enclosed by a stone surround, a shiny brass coal scuttle sat by one side, the light of the flames contrasting sharply with the matt colour of the coal within as it reflected from the polished surface. A small wooden stool was placed nearby and upon it was an article that he recognised as a police issue reflective anorak; numbers on the shoulders told him the coat was his. A small wisp of steam rose from the coat’s lower edges as though it had been there some while drying out. Alongside was a pair of black Doctor Martin boots, the leather near the soles showing the white powder of drying leather.

Eddie looked around the remainder of the room and noticed a stark contrast between the items he knew to be his and the other artefacts within; the familiar items modern, the unfamiliar ones somehow much, much older. Strangest of all was a large scythe propped upright at one side of the fireplace.

As these images bombarded his now confused brain an oak door squeaked open and in walked a man.

Eddie turned his head in the direction of the voice and saw an elderly looking man with a long-white beard and hair, he was slightly stooped and wore a long cape or coat, Eddie couldn’t quite see which it was. His voice was deep yet soft and reassuring, and before Eddie could reply the man spoke again.

‘You look very confused Mr Scott, so let me explain. You were found lying unconscious at the top of Hunchback Hill, I brought you back here to recover but I regret that I cannot stay with you for too long as time is moving on. If you would like to remain here you are welcome to do so.’

This brought perspective back to Eddie’s thoughts again and the dull ache reasserted itself.

‘I see,’ he replied. ‘I wondered where on earth I was for a moment but I’d better be getting back to my car, I don’t think anything’s broken, I seem to remember falling over and banging my head.’

The stranger smiled and said, ‘you look all right to me Mr Scott, but I really must be making a move myself. Would you like a lift?’

‘I know lots of things,’ the old man replied and with that moved towards the fire and handed Eddie his coat and boots. With these items now returned to their proper places Eddie followed the man into the snowbound garden and then to a large wooden garage. Inside was an elderly looking motorcycle combination. Being a keen member of the Vintage Motor Cycle Club, Eddie recognised it as a 498cc P&M. The sidecar he was unsure about. The old man gestured Eddie to climb in and as he did so he noticed that it was a single-seater with no hood or weather protection. Eddie slipped into the seat and stretched his legs out over the coconut mats that covered the floor. He pulled the drawstrings tight on his anorak hood and watched fascinated as the man primed the Best and Lloyd oil pump, before kickstarting the engine.

The old sidevalve rattled happily into life and settled to an even tickover as the rider adjusted the magneto and mixture levers. This done he pulled on a long leather coat and an old leather flying helmet and fastened the strap. ‘Sounds good for an old one,’ called Eddie.

‘Ex-Royal Flying Corps, bought it from Maude’s Motor Mart, Great Portland Street in 1919. Refurbished by the factory. Sidecar’s a Mills and Fulford,’ returned the old man over the sound of the engine. ‘So you see it’s not that old.’

As he spoke, he moved his right hand to the stubby lever that was just to the right of the saddle and, pulling the lever back, engaged low gear and gently drove away. The moon was out now, no snow was falling and though the roads were heavily coated the outfit seemed to make its way effortlessly along, the beaded-edge tyres seemingly immune to the undoubtedly low levels of traction. Glancing at the rear of the machine, Eddie noticed the enclosed chaincase and wondered if headway would have been maintained in that manner had the final drive been by V-belt and rim. 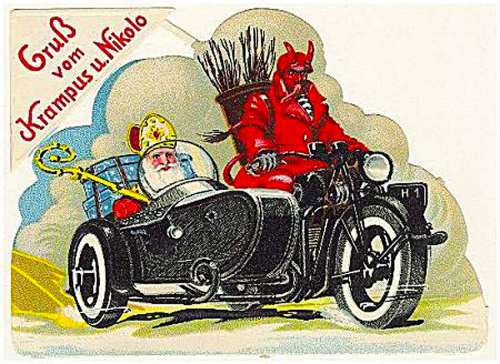 The acetylene lamp threw little light along the road but augmented as it was by the moon this seemed not to be a problem. The narrow road wound out of a village that was itself in darkness, save for the glimmers of light from small leaded windows. Realising that he was unfamiliar with the village Eddie asked his new found friend what the name of it was. At first the request seemed lost to the wind and engine noise but persisting elicited a reply that sounded like ‘Ackridge’. Though unsure whether he had heard correctly Eddie did not pursue the matter as a narrow stone bridge appeared just ahead of them. They drove across it and Eddie noticed that there was only just sufficient room for the sidecar outfit. Below the stone arch of the bridge a small stream ran, its water looking black against the white snow that surrounded it.

From that point the road climbed steadily upwards, the P&M never faltered once, and after a while they came to a fork in the road. They swung right and climbed again. Before too long the crest of a hill came into view and the old man stopped the machine. He put his right hand into his breast pocket and drew out a silver pocket-watch. He flicked it open and a small gasp came from his lips as he looked at it. ‘Your car is over there,’ he said, pointing with his gloved hand. ‘I’m sorry Mr Scott but I really must away.’ Eddie climbed out of the sidecar, glad to be able to get some movement back in his limbs. With that the old man swiftly and skilfully turned the outfit around and was gone.

‘Thank you very much – but I didn’t get your name.’ Eddie’s voice was lost in the still air and no reply came.

Shrugging his shoulders, Eddie made his way along as indicated by the stranger and after a few minutes he found the Range Rover. He climbed inside, started the engine, eager to regain some of the lost warmth. As he slumped back in the driver’s seat he noticed his head still ached slightly, though less than before. A glance at the dashboard clock showed that it was 11:59pm. Not wishing to sound foolish in respect of his exploits over the force radio, he called up but asked only for a time check.

‘Midnight’ came the reply. ‘Happy New Year Tango One Five.’ Thankful that he hadn’t been missed he settled down to his flask of hot coffee and sandwiches. Perhaps his wife wasn’t such a bad old girl, after all he mused. As he sat drinking his coffee he began to think over what had happened to him and the more he thought about it, the odder it seemed. After a few minutes he gave up trying to make any sense of it and relaxed with his beverage. It was now nice and warm inside the Range Rover and his eyes began to get heavy, his head rolling gently forward. 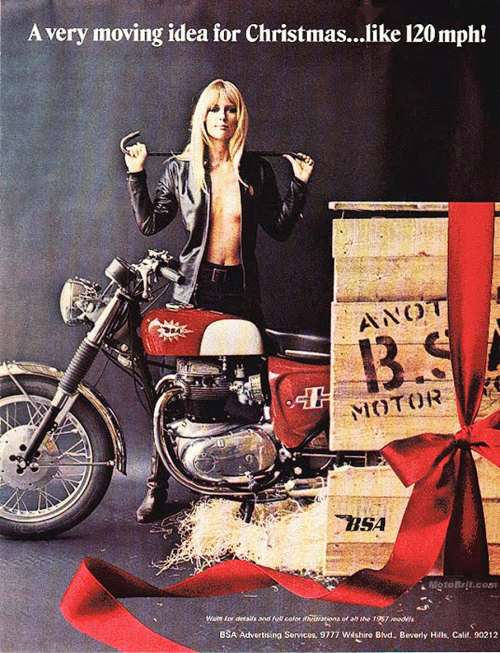 ‘On my way,’ he responded. He noticed that his mouth tasted furry and, realising that he had fallen asleep, he reached for a mouthful of coffee. Finding it to be cold he again looked at the clock. ‘One-thirty!’ he exclaimed out loud. ‘How long have I been asleep?’ Eddie put away his flask and made his way back to collect Ron Marston. It was quite common on night duty to be called back to collect the Patrol Sergeant. They usually took the opportunity to catch up on paperwork during the comparative lull between the start of the shift and the pubs and clubs turning out. Eddie and Ron had joined the police on the same day, knew each other well and socialised together, not that this made any difference where work was concerned.

Having collected his Sergeant, Eddie drove back through the town returning to his patrol area. Knowing that Ron was more familiar with the district, Eddie asked; ‘have you ever heard of a place called Ackridge or similar?’

‘No… there used to be a little village called Packbridge near here but all that got flooded when the new reservoir was built. All the people were re-housed of course,’ Ron replied.

‘When was that?’ asked Eddie.

Ron thought for a moment. ‘Quite some years now. My dad lived there as a lad, so it must have been just after the First World War, I imagine. Why do you ask?’

Doubting his own memory, Eddie avoided telling the story. ‘I was talking to somebody earlier on, that’s all. So whereabouts did it used to be?’

‘Out past Hunchback Hill,’ Ron replied. ‘It was named after a little stone bridge that crossed the river. Hell of a place to get to I’m told, just wide enough for a packhorse, be no good with today’s traffic. Most people went into the village from the other side cos of that bridge. In fact the original name was Packhorsebridge but, as is the way of these things, it got shortened as the years went by. All that’s left now is the old road past Hunchback Hill and that’s only used by fishermen, or courting couples. During the drought in 1976 you could see the tops of some of the buildings near there.’

‘Can we make our way out there now?’ asked Eddie. 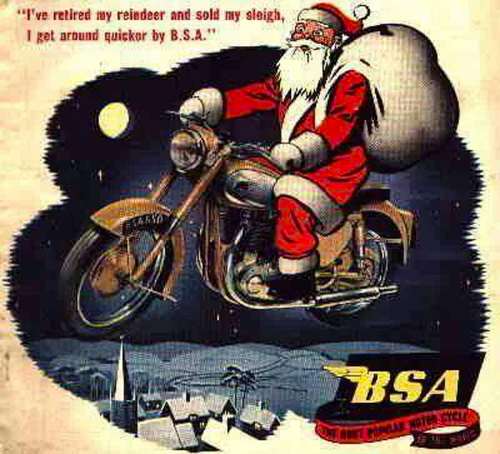 They climbed Hunchback Hill, the snow not a problem for the Range Rover. When they got near to where Eddie remembered stopping before, he pulled over. ‘Just going for a leak,’ he said to Ron as he climbed out of the vehicle. Eddie’s thoughts were on turmoil, his mind not wanting to believe what it knew it should. He walked in the direction of the road he recalled riding out of when he was in the sidecar. Well before he got there he noticed footprints in the snow, leading back in the direction of the Range Rover. Where those footprints ended, Eddie saw three narrow tyre tracks. Tracks just like the ones which would have been left by an old motorcycle combination.

‘I can’t tell Ron. He’d never believe me,’ Eddie muttered. The jumble of recollections began to sort themselves out in his head. ‘Wait a minute. Old man with long beard, concerned about the hour, scythe in the corner of his room, New Year’s Eve. No… it can’t have been!’

Of course not. It couldn’t have been. Could it?