Roy Maddox goes behind the scenes at a classic trial to meet the thumping volunteers that oil the wheels of classic bike competition….

On any weekend there are classic bike events taking place around the country. The events differ greatly and encompass shows, autojumbles, circuit racing, scrambles, sprint, enduro, re-enactments, rallies, road runs, trail rides and of course classic trials. So what do these events have in common? Classic bikes? Yes, of course. Riders? Yes, likewise. But the people who are often forgotten are at every single event – the organisers. These armies of people devote their free time to organising our events so that we can enjoy our pleasurable past-time.

Mick Brown, Assistant Starter, sporting his Arbuthnot memorabilia neck support chats to John Beasley (250 Greeves) before the off and his good ride of only 26 points

To see what goes into a typical classic bike event I visited the Eastern Thumpers National Trial organised by the Eastern Fourstroke Association, near Colchester in Essex. The Eastern Fourstroke Association is a club with a long tradition of running classic trials in the spirit of the 1950s and 60s, and it started The Eastern Thumpers in 1980 when the classic bike scene was just getting into its stride. It is one event that is pencilled in my diary every year, even after moving from Suffolk to Leicestershire. I take a regular trip to Poplars Chase Farm to see bikes ridden as they should be, how they were meant to be, by riders of all abilities.

Planning the trial starts many months, sometimes years before the start flag drops. My first chat with Secretary of the Meeting Karen Mace illustrates this well; she talks about a future venue for next year or maybe the year after. Karen deals with all the trial administration including rider entries and sign-on. After months of endless activity, once the trial starts she can take it easy and chat with old friends and get feedback from the riders.


Matchless on Now…
Article continues below...

Karen’s husband Chris is Clerk of the Course and he cannot take it easy during the trial. He has to dart from section to section on his Royal Enfield, bag of markers, over his shoulder liaising with observers and checking on the trial. Are the sections two difficult or too easy? His answer is swift and specific; ‘We needed more rain to make it more slippery.’ No lover of easy going is Chris!

Earlier in the day, the clubs’ team of volunteers arrived and set about making the day for the bikes and riders who would start arriving soon. Colin Taverner meets every rider and bike as the Machine Examiner and without his OK the rider cannot sign-on for the trial. He carries out his duties with a smile, but firmly. 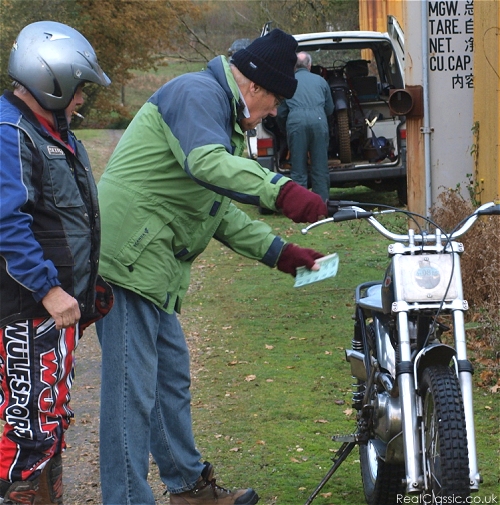 Any trial needs a corps of observers who mark every rider through every section so that awards can be gained and a victor decided. These volunteers are often relatives or friends of the riders who surrender their time to make the trial possible. As well as the foot soldiers there are lieutenants who undertake key roles that are the oil that make the EFA machine work effectively and without friction. Peter Sigournay is the Chief Observer who receives and allocates a marker to each section. He then has to look after the observers, he counts them out and then he counts them back in.

Bob Drane waves every rider away in his role as Official Starter and Time-keeper. Bob is supported in his duties by Mick Brown who also lays out the direction arrows so that everyone finds their way to the venue. Mick was sporting a natty design of neck wear with a support required after an accident at the Arbuthnot when he met trail riders flying in the opposite direction on a liaison route. 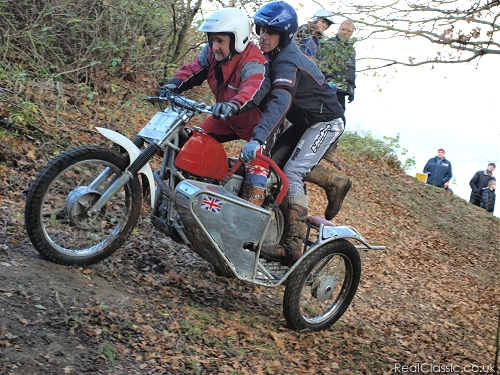 Club Stewards for the meeting were Ted Smith and Wilf Braybrook who would deal with any transgression of the rules. Heather Gulliver is the point of contact for Child Protection so fans of all ages are catered for.

The trial, which is what it is all about after all, was a great success. There were beautiful bikes honed to perfection by their owners, and riders who gave their all to keep feet on the pegs and points off the score card. The premier class, Pre-Unit (Hard Route) was won by Matthew Neale aboard his father’s immaculate 500 Ariel with score of 4. However this was not the lowest score as two riders emulated Gordon Jackson’s one dab performance in the Scottish 50 years ago to win their class ; Stephen Monk 250 Triumph (Unit Construction) and Graham Brown 250 James (Two Stroke) both recorded a single mark. 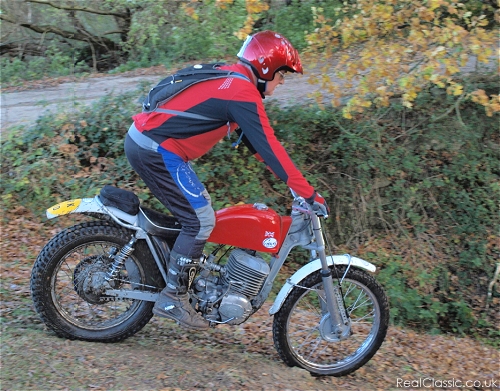 Terry Sewell on his 250 Greeves demonstrates that the Thumpers welcome ‘Strokers’ too, as he finishes in a creditable 8th place in the Gentleman’s class

So when you attend a classic bike event just remember that a lot of volunteers will have put in a great deal of time and effort to entertain you and make your sport possible. Let us all say a big THANK YOU. Regardless of the venue, next year’s Eastern Thumpers is already in my diary: Sunday 25th November 2012. 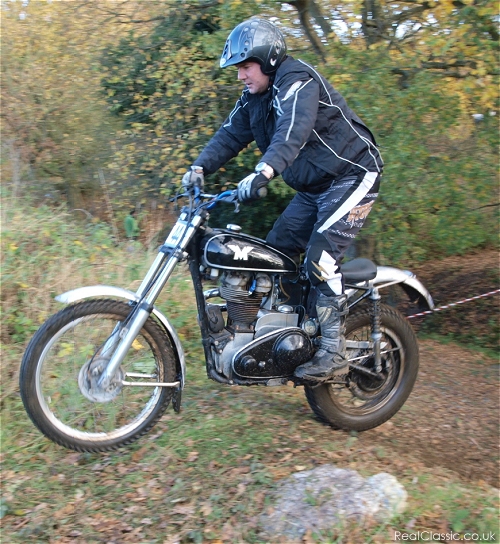