The Pioneer Run® celebrates its 75th birthday next year, and already the Sunbeam MCC who organise the event have something special planned for the 24th of March 2013. The Club has located seven machines which took part in the 1930 Pioneer Run , and are looking to increase this for the 75th event. So any owners with machines of proven history of the 1930 run are asked to contact the Club. These machines will attract a discounted entry fee and an early start.

If you’re fettling or restoring an eligible machine and aim to ride it in the 75th Pioneer Run then make sure that you have a valid Pioneer Certificate for it. The cut-off date for dating certificates on the Pioneer Register is the end of November 2012 – so you’ll need to get your application in to the Sunbeam Pioneer Dating scheme by then. Thereafter, you’ll have nearly four months (no pressure…) to get your pioneer motorcycle ready for the main event. See sunbeam-mcc.co.uk for entry details. 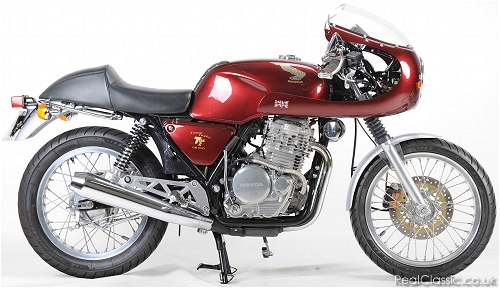 The competition closes on 1st October 2012, so there’s just time to sign up to a year’s worth of RealClassic reading and get your entry in. Here’s how to subscribe to the monthly RealClassic magazine. Once you’ve signed up you’ll be sent details about how to register at classicbikerclub.com. Enter the competition and you stand a chance of riding off into the sunset aboard this nifty big single. To learn more, there’s a short ‘n’ sweet video clip of the bike at www.classicbikersclub.com/video/2012-04/win-honda-gb500tt

Or Win this One!

Alternatively, cough up a couple of quid for a raffle ticket or two and you could be the proud new owner of this Laverda SF1. The VMCC are giving away the 1973 750cc parallel twin which has recently been rebuilt in their end of year prize draw. Tickets are available from www.vmcc.net/tickets.asp and the draw takes place just before Christmas, on December 21st 2012. We’ve seen GT and GTL 750s going for up to seven grand recently, and while an SF1 isn’t worth quite that kind of cash, it’s still on the list of ‘becoming more sought after’ machines. Could make a very satisfying stocking filler for the cost of a raffle ticket… 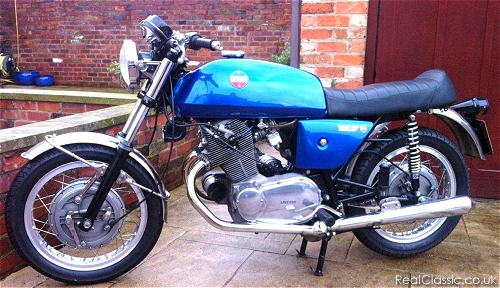 Congratulations to the three members of the AJS and Matchless OC, Roy Bellett, Rob Swift and Geoff Wright, who successfully completed their John O’ Groats to Land’s End run. They celebrated the Club’s Diamond Jubilee this summer by using AJS and Matchless 500cc twin machines, all manufactured in 1952 which was the year the club was formed. 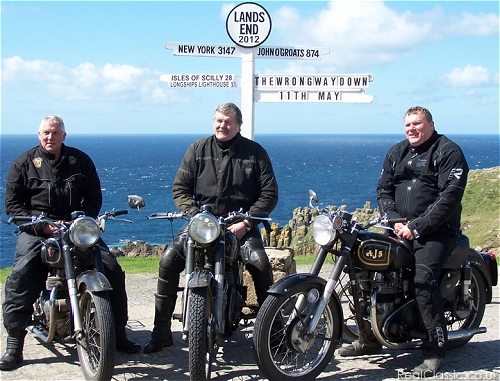 The trio covered some 950 miles in five days and all three bikes performed very well, with only a few minor problems that were easily resolved. The route took in as many of the local sections as possible, with fellow members meeting up and taking the opportunity to ride along and supporting the group through their local area. See www.jampot.com