Big or small; ancient or just old: there’s bound to be a classic bike club which reflects your particular interest in vintage motorcycles…

The VMCC have just published their 2013 calendar of events and information booklet, which is distributed free to all VMCC members. The majority of the rides, rallies and runs organised by the VMCC’s 86 sections are included in the booklet and total over 1300 events which encompass the UK mainland (and quite a few of the British isles, too!) Highlights of the calendar includes the TT Rally (June 1st to 7th), the Banbury Run (June 15th and 16th), the West Kent International (August 3rd and 4th), the Classic TT/Manx Rally (August 23rd to 30th), and of course the Festival of 1000 Bikes (July 13th and 14th).

The booklet also includes details of the VMCC’s 200 marque specialists who provide expertise and advice on almost every make of machine imaginable, from the well-known manufacturers through to the most obscure. These experts can help answer even the most difficult questions and is another reason why the VMCC is unique in the services which is offers its members. You’ll also find details of the regular meeting places and contact info for all VMCC sections, so you can easily meet like-minded classic motorcycle enthusiasts in your area. And that applies to classic bike fans who don’t like in the UK, too, as some 60 worldwide organisations are affiliated to the VMCC.

2012 was a clucking good year for the BSA Bantam Club. To start with, 17 club stalwarts fearlessly steered their feathery friends to the Ace CafÃ© in north London. Says Bantam man Rick Howell; ‘two lads rode down from as far away as Tamworth and the Black Country, more from Wiltshire and some from the Home Counties. My, what fun Hanger Lane can be on a 50 year-old 125!’

The impressive array of titchy two-strokes made an impact on the cafÃ©’s usual clientele, and there are plans for the Bantam boys to repeat the feat again next year. They’re cock o’hoop anyway at the moment, as the club won the ‘Best non-Japanese Club Display’ award at the autumn Stafford Show,

The centenary Johannesburg-Durban motorcycle rally is set to be an extra-special event in 2013, with the entry list full already and keen latecomers signing on a waiting list. The JD Rally is for motorcycles made before 1937, commemorating the original race which ran for the final time in 1936. So 180 vintage machines have been entered, including the very oldest – a 1908 Triumph which will be 105 years old by the time it takes to the road. This year the commemorative event will go from Johannesburg to Durban over three days. Usually the rally is run from Durban to Johannesburg over two days, but the centenary event will be run in the opposite direction as the original road race was staged between Johannesburg and Durban from 1913 to 1921.

The Rally takes place in March and entrants are hard at work prepping their machines. Brian Hough (right in the photo) is a member of the organising Classic Motorcycle Club who was loaned a 1932 Calthorpe Ivory for the 2010 Rally and completed the event. The bug had bitten and Brian was determined to find his own DJ motorcycle. He tried to secure a 1928 NSU 501T to rebuild but was pipped to the post – then discovered that his friends had secretly clubbed together and bought the motorcycle without his knowledge. The NSU was handed it over in bits and pieces to its delighted new owner and the project to restore the NSU to its former glory has taken more than 18 months – it should be complete in time to start the JD Rally 7th March 2013.

The Morini Riders’ Club held its 30th annual track day this year and entries closed weeks in advance, bucking the trend for falling attendance at some recent circuit events. At least 40 Morinis were prepped in the paddock among a large variety of other machines; the club cunningly encourages members to ride bikes of their marque with a sizeable discount off the costs of track sessions, as a reward for supporting what is understood to be the longest running, most relaxed and diverse event of its type. 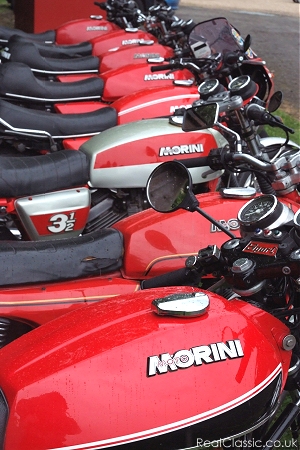 Club membership is on the rise, helped by the fact that it supports classic singles, 72-degree twins and the new watercooled models, all with equal enthusiasm. Planning for next year is underway and the Morini Club intend to make their track day a singles-themed event to particularly encourage entries from other Italian lightweights.

Can You Help The Douglas Club?

Douglas built a sometimes astonishing variety of motorcycles for half a century between 1907 and 1957 but the firm’s postwar horizontally-opposed twins, as seen here in Mk3 form, are probably the best well known. The London Douglas MCC now flies the flag for the firm, providing invaluable expertise, spares and technical information for Douglas enthusiasts worldwide. It also safeguards the Douglas motorcycle name. However, the club is in urgent need of a new treasurer to take over the reins of a well-established set of systems which they say; ‘have been straightened out and run on rails. The job is not daunting as we are a social club and someone very capable has prepared the job to make it agreeable for the next treasurer. The present temporary holder of the post is prepared to work alongside anyone who has a little spare time to devote to this job.’ 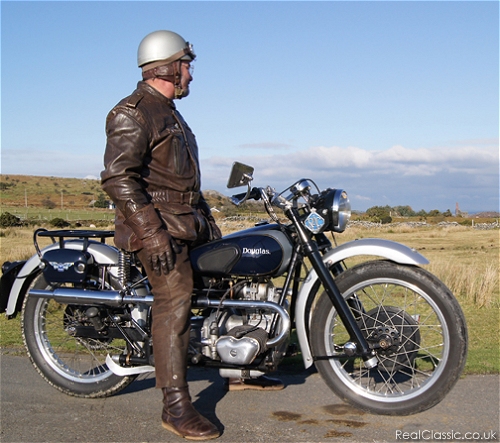 Enthusiasm for Douglas motorcycles is probably helpful, but we suspect that the club would value an ability to correctly count beans irrespective of your existing old bike affiliations. Interested parties are invited to chat to Dave Lawrence of the LDMCC, without any obligation, via law-27 at sky.com

Enthusiasts of Triumph’s tiddler, the tenacious Tiger Cub, are invited to join the Cub Club in 2013 as this small but perfectly formed enthusiast organisation puts on static displays at various events throughout the year. In March they plan to be at Malvern; Stafford in April; Kempton Park in May; Founders’ Day in July, Penrith in August and the Welsh Borders in September. Cub owners are welcome to get involved and bring a bike along to any of these events – or run a club stand at an event on your home territory if none are near you.