Norvil Motorcycles have added over 200 new spare parts to their online catalogue, and reduced prices of more than 1000 components, including many items for Norton singles and Dominators…

The Norvil Motorcycle Company are best-known for their Commando spares and services but they also supply components for a wide range of Norton models and other later Britbikes. Less than satisfied with what they were being offered from overseas suppliers, Norvil have gone back to the drawing board and traditional British engineers to source their spares. The result is lower prices, greater choice and longer warranties on spare parts made in Britain – a rare good news story in the current economic climate…

Over the last year, Norvil have commissioned new drawings for many components, taking the opportunity to tighten up the tolerances and change to more modern, stronger and more flexible materials. They now oversee the production of the majority of the firm’s regular 4000 product lines. Becoming more involved in the manufacturing process means that Norvil have been able to source and commission spares to suit a comprehensive range of classic Norton motorcycles.

‘We’re proud to have 99% of our spares made in Britain’ explains Norvil’s founder, Les Emery. By buying direct from engineering companies and craftsman, Norvil has cut catalogue prices, typically by a third but up to as much as 90% on some specialist items. The cost of camshafts, for example, have been reduced to £140, saving £100 over the previous price. 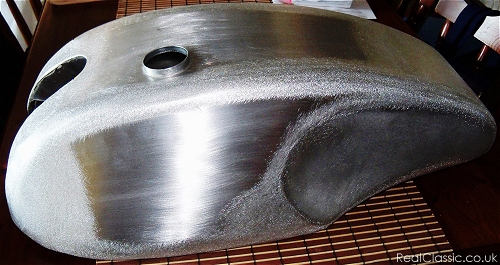 ‘We’ve been able to do this by negotiating with British engineering companies and buying in much larger quantities’ says Les. Almost a quarter of Norvil’s prices have been reduced – that’s over a thousand items in their catalogue which now cost less than they did a year ago.

Dealing direct with British engineers also means that Norvil have also been able to upgrade the specification of many components, making them to a higher standard than the original factory items. As a result the firm now offers extended warranties on non-consumables with most parts covered for two years and some items guaranteed for an entire decade.

Nearly 200 new lines have been added to the online Norvil catalogue which is being updated daily. Commandos have always been very well served for spares, but many of the new components are specifically designed for other Norton classics including the pre-featherbed twins and singles, as well as later Dominators. 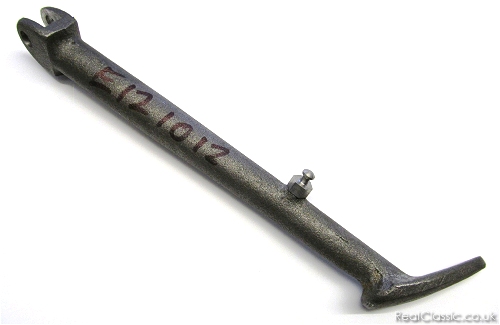 For example, a sturdy new sidestand to suit the ES2 and Models 7 and 77 is now available; ditto grabrails and zinc-plated tool trays for wideline featherbed bikes including the Model 50. Stainless steel has been specified on many items – such as the new engine plates for featherbed-frames models and a handsome battery carrier, suitable for your cafÃ© racer, maybe. Even the humble head steady assembly has been upgraded and strengthened, and many of these components have been built in the traditional heartland of the old British motorcycle industry – like the new 3.5 gallon aluminium petrol tank which is made for Norvil in the West Midlands.

Kate Emery, the second generation of the family to play a part in the business, was delighted to confirm that ‘99% of our parts are now British made.’ She explains; ‘it’s only right that owners of Great British bikes should be able to buy parts developed and manufactured by Great British engineers!’

As a result of this reorganisation, and all the new products being added to their range, the full printed Norvil catalogue will be issued later in the year than usual. In the meanwhile, an info sheet of the new products is available and over 4500 items are listed at