Always up for a debate about cafÃ© cuisine, Frank Westworth ponders the subject of bobbers, baggers and cafÃ© racers…

One of my favourite concoctions is the cult of the cafÃ© racer. Also the bobber. Bobbers look good to some chaps, and although their riders do indeed typically bob up and down on the fat rear tyres which masquerade as suspension, I believe their bobber kudos comes from wearing a shortened, or ‘bobbed’ rear mudguard. Baggers are another recent favourite. It is possible that as I gallop with mounting enthusiasm towards my pension so I am developing style-consciousness. Let us hope not.

Baggers are apparently bobbers with bags. Bags to carry things in. This is logical. In more general terms, a bagger is a bike with bags; did you know that there is a magazine dedicated to motorcycles with bags? You do now. We can share our incredulity. Most riders when they ride somewhere ride there with a purpose, and being able to change out of the sodden, grease and roadkill-besmirched riding leathers into a crisp white T-shirt and neatly creased and elegantly faded Levi jeans will always enhance that purpose. Trust me on this. I am become a man of style. Luggage is good; we can all heartily ape that one-man caravan approach. Unlike bagger heroes I prefer hard luggage to bags, mainly because hard luggage rarely leaks and does not require black bin-liners, bungee straps; nor does it collapse under the weight of one’s righteous stash until it catches fire in the middle of Hereford because finally the bags have rested wearily upon the exhaust pipes. Smoke signals and a smell of burning have their place. Central Hereford on market day is not one of those places.

But at least bobbers and baggers intend to share the illusion that their riders are hard riders; riders who live for their saddles, who slump comfortably while they rattle off the sort of mileage in a single day that most of us can manage only in a month of ardent motorcycling. 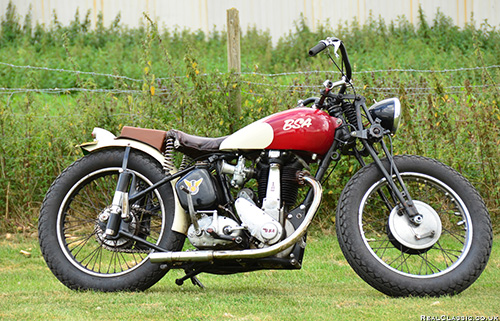 Likewise the trail bike. I have a lot of time for trail bikes. Mostly this stems from their riding position; upright and wide. They were invented with me in mind, I think. Trail bikes are often slow, especially classic trail bikes. Slow is good. If we ride slow but stylish motorcycles we always have an excuse for being … well … slow. I would think that a bobbed iron-head Harley Sportster and a Matchless G12CS would navigate those gritty Lakeland passes with equal aplomb. Possibly also sang froid. Certainly they both exude style, even though that style may not charm the same onlookers. And I fear that the onlooker is a major factor in all these sundry styles of motorcycle; some riders genuinely appear to be as concerned with the impression they create with their motorcycle as they do with actually riding it. Which is mysterious to me.

Dedicated builders of cafÃ© racers may also consider replacing their bike’s engine with an engine from another bike. They appear to do this even though the original engine is still functional. I have replaced many engines in many motorcycles, but always because the original has gone bang, never because I thought it might look better. Oh all right, let’s forget the Norton Atlas whose engine I replaced with an all-alloy T100 Triumph, thus ruining two perfectly good bikes at a stroke. We all make mistakes. I was young. And indeed foolish. None of us can now use that as an excuse. Well… the young bit anyway. 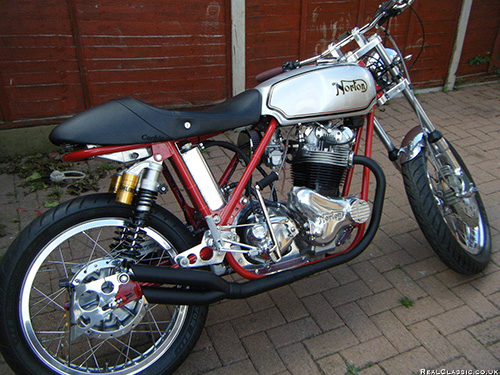 And then what? After transforming your worthy but aesthetically mundane machine into a shiny monster bedecked with chrome, polished alloys, an excruciating riding posture and an illusion of vast speed, what to do with it? Ride it to a cafÃ©, you cry. OK. Which cafÃ©? Leave out The Ace Cafe. There is just the one and it’s a long way from me. I visit lots of cafÃ©s. I live in Cornwall, cafÃ© centre of England. I’ve never seen a cafÃ© racer outside a cafÃ©. Even in the wilds of the Cotswolds, where every other building is a cafÃ©, I have never seen a cafÃ© racer. 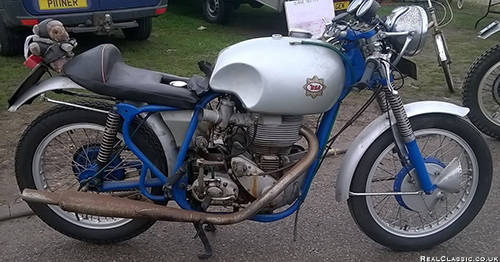