Some experts consider the Gold Star to be the best bike ever built by BSA. Make up your own mind, after examining our quick fire classic bike guide to the breed…

A Bit of Background

We’re all probably familiar with the charismatic postwar bikes, but the Gold Star first arrived in the years leading up to the Second World War, originally designated the M24. It was based on BSA’s sporting Empire Star model, and took its name from the award given to those riders who lapped the Brooklands circuit at over 100mph.

The first Gold Star was an all-alloy 496cc engine in a light-gauge tubular frame (missing the sidecar lugs which were normally present on all workaday machines of the era), with an Amal TT carb and Electron alloy gearbox.

Although its later incarnations are now firmly established in classic biking’s eternal Hall of Fame, this first Gold Star received a lukewarm reception and suffered in comparison to the prewar Speed Twin. Its performance was nothing particularly special, and at the time it had little competition success to boast about. The model went out of production when the War broke out, but the name was later revived in the late 1940s.

Gold Stars From Start To Finish

1948: The new Gold Star was based around BSA’s OHV B-range of singles. The first version was the bench-tested, all-alloy 348cc engined B32, which used the marque’s plunger frame and which boasted a wide range of options – you could specify cams, compression ratio, carb, cylinder head, exhaust, gearbox ratios, lighting, tyres, electrical systems – you name it. The components were carefully selected from stock, and the bikes skilfully assembled by hand. The alloy head and barrel meant that the Gold Star was some 20lb lighter than its all-iron stablemates. As a Clubman’s racer, the Gold Star proved to be fabulously successful, and it dominated the 350 class from 1949 to 1956.

1949: The 350 is joined by a 499cc B34 version, which uses a different design of main bearing and a revised crankshaft, but which mirrored the 350’s overall ethos. 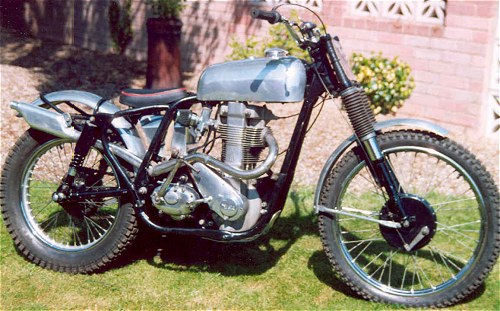 1950: The front brake size is increased on both models.

1952: The 500 Gold Star is given a new cylinder head at the end of 1951 (designed by Bert Hopwood), and the 350 gets the same treatment part way through the next year. At the same time, BSA make plenty of detail changes to keep the bikes competitive on the track.

1953: A new, duplex cradle, swinging arm frame is introduced, along with an improved gearbox, and the bikes’ designations change to BB.

1954: A new engine option is introduced, called the CB, with more and squarer finning, a shorter conrod, stronger crank, oval flywheels for the 500, modified valve gear, an Amal GP carb and a swept-back exhaust.

1955: The DB models arrive with improved crank oil feed, and finned front drum brake and a special silencer which was paired to the Clubman cams and timing. The BB and CB models are discontinued at the end of the year.

1956: The DBD34 proves to be the final development of the breed, offering a modified cylinder head, a tapered silencer and using the largest GP carb available. A 190mm full-width front brake is offered as an optional extra. The DBD34 is the only 500 Gold Star offered for a couple of years, after the touring and road spec models are dropped, appearing in Clubman and scrambles formats.

1963: The last DBD34 is built. The line is discontinued partly because Lucas stopped making the magneto it used, and partly because BSA would soon stop building its B31 and B33 stablemates. The management were keen to move onto other projects and, despite the Goldie’s reputation, were happy for it be pensioned off. 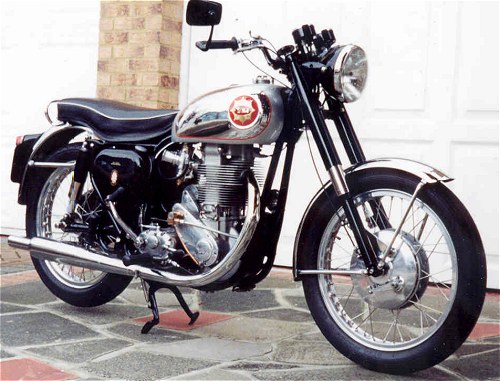