If the pace of modern life is getting too much for you, then a 50 year old Gold Flash might just come to your rescue. Alex Woodard has indeed been rescued, and in so many interesting ways…

Where will I be rescued from this weekend?

This is my beautiful big Beesa, a 1953 A10 Golden Flash in optional black with plunger suspension. This stunning machine has taken me to some interesting places, but rarely conveys me back home afterwards. It sat proudly on the picture-postcard village green in Ringmer, for example, attracting admiration and interest, but not actually going anywhere. The gear shafts had broken free of their restrictive bearings and bushes, composing themselves in one solid formation. No other gears

could be selected. Neutral was not available.

So after realising my predicament and sailing around in just the one gear for a time, I pulled up in a setting that befitted the machine’s elegant lines and telephoned for assistance. A local couple brought me tea and whiled away the time. A middle-aged man on a frightening 1300 Japanese projectile stopped to natter. It later transpired he was a National Lottery winner. Then the rescue company arrived at precisely the time they promised and loaded the BSA onto a huge flatbed truck. The ride back to Central London was less fun than the ride out. 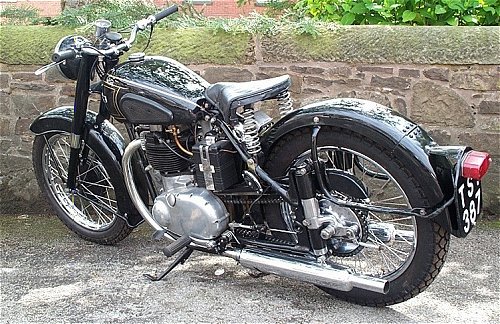 The BSA also sat rather proudly on a little green near Hampstead Heath. All the kicking in the world wouldn’t get it to restart after it had stopped. Somehow none of this mattered because, once again, the machine had found itself a proper setting in which to experience mechanical failure. I simply sat on a park bench, quietly glowing inside, as busy Londoners paused for more that the usual second to gasp or question. A magneto fixing had slipped, throwing the timing wildly out.

The rescue company once again arrived promptly. But this time they attempted roadside repair. Pure folly. I am assured by my most able mechanic that the cure was very easy to effect, but this guy had no chance. The BSA looks like no other machine he’d ever worked on and he probably wouldn’t have recognised a magneto if it shocked him. 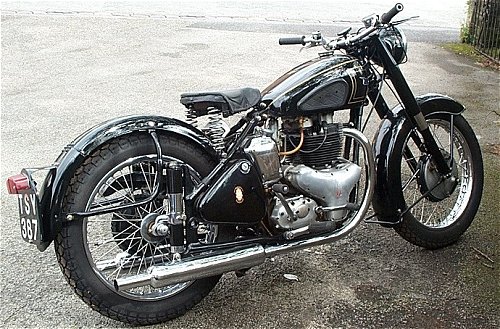 I made the mistake of rushing the big BSA once, too. It has a truck-full of torque and will pull like a train all the way up to 80 mph with what seems like little effort. Over 80, and I think it will go much faster than 80, things get a little fraught from vibrations. I’ve never thought it worth finding the bike’s limit because the old thing is so uncomfortable at these speeds. I did, however, once cruelly peg it at 80mph for more than an hour. I was on the way back from a charming museum in Ramsgate, late for something. I thought I really had to thrash it. I’ve since realised that this was foolish. I have only been on the planet for 36 years, the BSA has already been here for 50 years. It will almost certainly still be here when I am gone. How could I feel pressured about time when this machine has so much to spare?

Anyway, the result of my hour at 80 was that the BSA shrugged off a few parts. A hand-turned brass tap lever worked its way free and disappeared without me noticing. The kick starter also made a bid to escape, but I tracked it down and fastened it back to the bike. These bikes were not made to travel at high speeds for any length of time. Put simply, they don’t like motorways because there were no motorways when they were made.

I’m not sure where I’ll be rescued from next. But I don’t intend to stop riding the BSA because of these mere niggles. The machine has been lovingly restored and was probably kept in a collection for some years. I convince myself that if I ride it often enough, it will come together as a reliable motorcycle. In the meantime, I merely need to convince my bank manager to keep footing the bill. In the grand scheme of things, his pettifoggery seems wholly inappropriate.