I am developing a tedious tradition. Every year, either the beginning or the end of the serious riding season is marked by a breakdown. I’ve just checked back, and it’s true. It has become such a regular feature of my riding life that the unreliability of my bikes is becoming a joke among my few remaining friends. It is of course nice to become a legend, but some reasons are better than others. It is also nice to understand that your antics make folk laugh, but I would, quite frankly, prefer it if I were the laughing chap.

You guessed. I have once more returned to the family seat in Cornwall aboard a big yellow lorry instead of a big white motorcycle. Exactly why the AA chose to use three enormous trucks to cart a failed motorcycle back to the steaming west country from the unexpected beauty of the east midlands is a mystery. But they did. When the brand new Norton broke down at Easter a couple of years back, thus ending at a stroke my first decent distance jaunt of the year, those same AA men rescued it on a trailer. This year’s elderly Norton fiasco required several vast trucks. It’s one way to insert a little variety into an otherwise peaceful life, I suppose. And the AA are plainly chaps of enormous patience.

I am by now so familiar with the routines of breaking down that I follow my own advice and prepare properly for the first long ride of the year. I believe in preventive maintenance. I really do. So, given that the last ride at the end of last year was entirely without mishap, I was confident that the same bike, upon which I had inflicted no mechanical enthusiasm at all, would be fine. The first ride was scheduled for the last week in March. Mid-February seemed to be the right place to start the prep.

It is wise to be kind and gentle with batteries. Batteries are not cheap items, and repay a little TLC with a prolonged active life. Part of that TLC involves helping them start stone-cold engines in the middle of winter by hooking up a booster. These are great; I’ve had mine for years and it never fails. Jumping it across the bike’s own, much smaller, battery saves draining the latter. And the booster doesn’t care, in this case being originally intended to start stone-cold diesel Land Rovers. Rotary Nortons may be mighty in every way, of course, but in terms of the effort required to turn over their 588cc they do lag some way behind a 2.5 litre diesel.

The engine started fine. I let it warm through properly, so that clearances could optimise and lubricants could heat up and go upon their oily way. Then I took it for a local spin or two. Perfect. No hitches. Running well.

The next step in the prep was a 200 mile round trip. Handled that with aplomb. No hesitation, signs of distress or unhappiness. Marvellous.

Loaded bike; set out from Cornwall for Rutland and points east. Ran well. Skies were unseasonably blue, the sun beamed down. Parked up near Market Harborough for the night.

The next morning, the engine seemed slow turning over, but fired up fine. Ran fine all day. 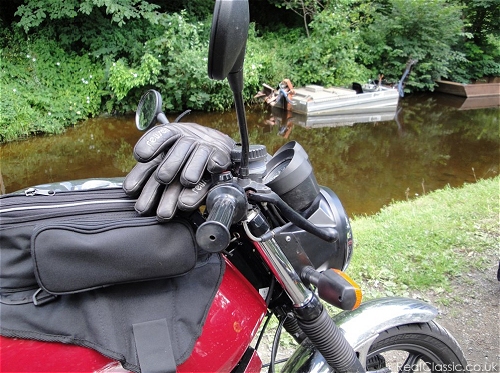 The next morning it didn’t turn over at all. That is irritating. The problem was the regulator / rectifier, which for no reason I can see decided to stop working, allowing the battery’s charge to slowly and invisibly drain away. This is a double irritation, because it is not the original 1985 device, which I could have excused. It is a 2011 device. By replacing the elderly reg/rec I had transformed my bike from a reliable runner to an irritating ornament. This is not progress. And no-one I know carries a spare reg/rec as part of their emergency kit. Although I may start, adding one to the collection of cables and spark plugs and the ballast resistor (what do you mean; which fool carries a ballast resistor?).

The breakdown last year involved a crank sensor. No matter how effective, how planned, how relentless your maintenance schedule, it will never include checking all the sensors on a modern engine – even if you know how, which I do not. Likewise with a regulator / rectifier; it either works or it doesn’t, I believe. The Norton is graced with an ignition warning light and that advised me that the battery was being charged. So much for warning lights.

Breakdowns on my ancient Brits … OK, on my even more ancient Brits … are usually fixable by the roadside. I carry a split link for the main chain, some oil, and enough spanners and pliers and wire and cables and bulbs and fuses and cable ties to fix most things. Apart from punctures. I carry everything I can think of which would have repaired earlier breakdowns. This simply ensures that nothing I could fix ever breaks. 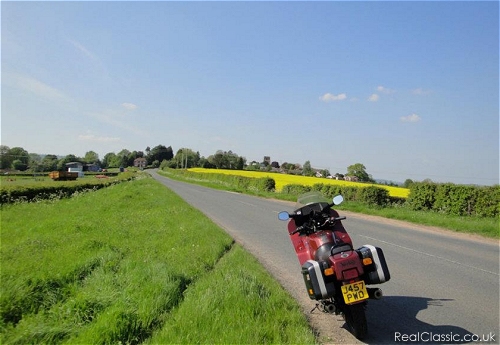 Oddly, I have just finished the rebuild of a 1959 AJS. An AJS which had sat outside for several decades and was in the condition you might expect. With but a small degree of cleaning and fettling, the magneto, cursed spawn of the evil Lucas empire, sparked up and is proving reliable. The dynamo likewise. As I’ve never yet possessed a bike with a reliable dynamo charging system and have always disliked 1959 voltage regulators, I fitted a new 6V solid state regulator. Guess what… At least the magneto is a happy magneto, so I’ll be able to ride home in daylight when the lights go dim. Progress? Mostly harmless…