Be quick! We’ve got six pairs of tickets, worth £20 per set, to give away to RealClassic magazine subscribers. The Show takes place on February 19th and 20th, so you’ll need to get your entry in PDQ…

There are many wondrous benefits to being a RealClassic magazine subscriber. We send you a colourful publication at regular (or occasionally random) intervals, one which is congested with convivial conversation about the mostest amazingest and oddly awfulest old bikes upon which we can lay paws. RC subscribers also receive an exclusive wee newsletter plus a personalised membership card, and discounts on sponsored show admission, RC regalia and bike insurance. RC subscribers in the UK and Ireland don’t even have to pay for the magazine’s postage (which is just as well, given how awful the postal service has become, it bloomin’ should be free… grumble, grumble).

Plus! RC subscribers now have the option to enter a whizzy little competition with the possibility of winning a pair of tickets to the Bristol Classic Motorcycle Show, which takes place at that Bath and West Showground on February 19th and 20th 2011. That’s only a month away so we’d better get our skates on – especially given how rubbish the post is at the moment, not that this is a recurring theme or anything, but we’d be better off using carrier bats than first class right now.

So! All you have to do is read the PR puff which follows, and then we’ll ask you a very easy question based upon that text to make sure that you really did read it and that all the salient facts sank in. (Like being back at school, innit?). You then send us an email, and include your name and RC Club number (or post code if you’ve lost your number), before the closing date of February 4th 2011. 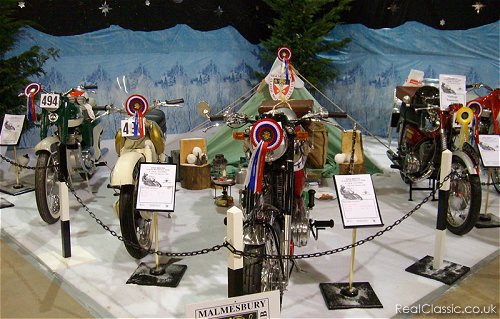 We’ll choose half a dozen winners from the correct answers and have two tickets sent to each winner which, if we’re very lucky, might just reach you before the next ice age begins.

All clear? Right then, here’s the blurb:

The traditional kick-start to the season’s classic motorcycle calendar is the 31st Carole Nash Bristol Classic MotorCycle Show, which takes place over the weekend of 19-20 February 2011 at the Bath and West Showground, Shepton Mallet. As ever, Bristol sees a whole host of club stands, with some fascinating machinery displayed on them. The Vincent Owners’ Club will display one of the 78 Series A Rapides built in Stevenage before WWII, plus another rarity, this being in the form of a post-WWII Series B Meteor. Again, only a small handful of the cut-price Vincent singles were built, because they effectively cost as much to manufacture as the more-expensive Comet.

There are half a dozen of the rare overhead camshaft models promised by the Excelsior Manxman Register, while the New Imperial Owners Association – which always puts on a good display at Bristol – has five veteran (pre-1915) New Imps, among the 17 examples expected of the marque. 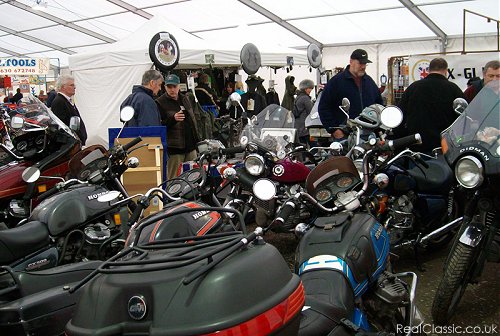 The Francis-Barnett Owners Club is another which traditionally pulls out all the stops for Bristol; this time, a whole host of ‘Fanny Bs’ from the vintage period through to the 60s are expected, with among them a racer of the type campaigned by FB’s most famous Brooklands exponent, Tommy Meeten.

One of the prime movers behind the North Wilts British Motor Cycle Club was Pete Sole, who sadly passed last year. Pete, a keen and loyal supporter of the Bristol show, will be represented in spirit, as his family are displaying his Ariel ‘Bleader’ (a Bantam rolling chassis housing an Ariel Leader engine) while Pete’s friend Mike West will also be bringing along Pete’s 1967 Thunderbird. Also on the stand will be Ron Jennings, with a couple of motorcycles – Ron endured the misfortune of a devastating fire at his premises year or so ago, suffering burns himself too, so it’ll be good to see him back. 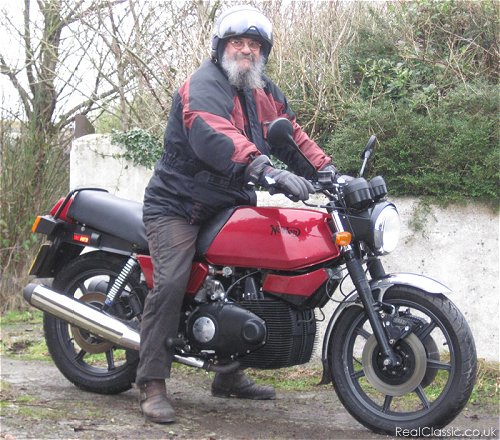 This is just a small taste of some of the attractions expected – with the usual mix of quality trade stands, an autojumble which expands every year, this time spreading to a new tarmac area of the showground and stunning club stands, the show is the perfect way to forget the cold, dark, days of winter.

So, to win a pair of tickets to this spiffy event, email RCHQ@RealClassic.net with the answer to this question:

To whom did the Ariel Bleader belong?

Don’t forget to include your name and RC Club number (or post code), and make sure your email reaches us by Friday 4th February 2011.

The Bristol Classic MotorCycle Show opens 10am on the 19th and 20th February 2011 at the Bath and West Showground, Shepton Mallet. Tickets cost £10 each. Advance tickets available from 01507 529529 or www.classicbikeshows.com