Fans of 1960s and 70s TT racing will be delighted by this second edition of photos from the camera of Ken Sprayson. Costa Zarifi has read it…

Ken Sprayson, in Colour is a collection of Ken Sprayson’s Island snaps, from 1963 to 1981. If the name seems familiar, it is because Ken can be associated with pretty much every single advanced frame concept to come out of the British industry in the ‘sixties and ‘seventies: the Royal Enfield GP250 frame was one of the first to connect the swing arm and steering head with relatively straight tubes; Percy Tait’s Grand Prix Triumph 500 had a Sprayson frame, developed from the Royal Enfield concept; the F750 BSA and Triumph triples may have had frames made by Rob North, but the design was Ken’s. 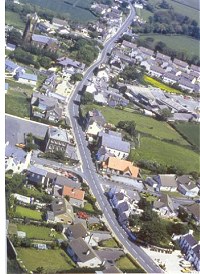 Even the Norton Commando frame benefited from Ken’s touch: the original Commando frame, built under contract in Italy, suffered from a design shortcoming in the steering head; after the first few broken frames, Sprayson redesigned the problematic area and all further Commando frames were built by Reynolds Tube.

Ken was a regular fixture at the TT, in the Reynolds Tube repair shop, providing free welding services to all in need. Although Reynolds is no longer involved in the TT Races, Ken is still out there on the Island, running the free welding service, with the support of Air Products PLC.

The book, published by the VMCC, is in the nature of a family snaps album; 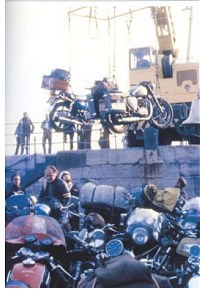 Ken’s family is the TT community. The vast majority of the pictures are candid shots of the racers and the personalities on the Island; there are some action photos and a couple of thought-provoking aerial pictures of sections of the Mountain Circuit – particularly the one of Kirk Michael. There’s very little in the way of text, but what there is, is informative.

The pictures took me to people and places I’d heard of, but had never seen: Mike Hailwood, relaxing with the Sunday Mirror; the bike park in front of the Sefton Hotel; a particularly scary picture of bikes being craned off the Steam Packet! I must admit that I had hoped to see more detailed pictures of the bikes and of Ken at work. But that wouldn’t be so much the family snaps thing, would it? 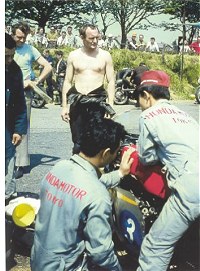 The pictures are arranged chronologically, so you can see the progression as the riders age and the supporting cast of Nortons and Matchlesses is replaced by Yamahas.

Ken’s interest in sidecars is apparent, as the outfits and their crews are given excellent coverage: there are some interesting snaps of uncovered outfits, decent action shots, and plenty of candids of the pilots and monkeys, who look surprisingly normal for sidecar folk.

Finally, Ken also pays homage to the past, with coverage of some of the machines and riders entered in the parade laps, as well as noting some of the past heroes present in the paddock area. Many of the bikes are still around today, but all too few of the riders are still with us. 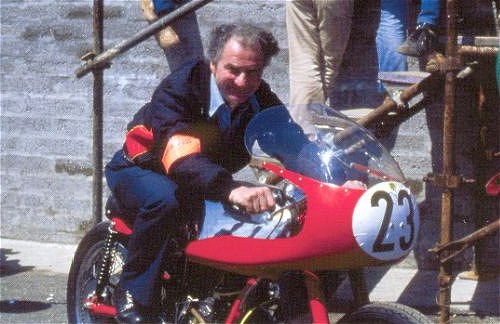 As someone who’s never been to the Island, Ken Sprayson, in Colour speaks to me, as I’ve already suggested, by taking me to places in pictures that I’ve only read of in print. For someone who’s been there regularly over the years (you know who you are!), the photos will doubtless open the floodgates and bring the memories rushing back: if you saw Hailwood win three TTs in ’67, or if you saw him come back eleven years later, this’ll bring back the memories.