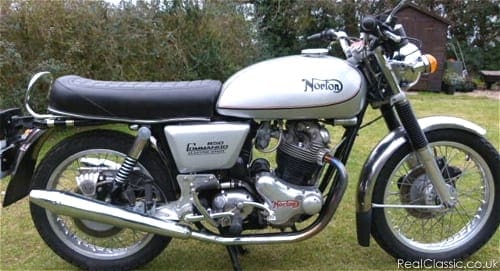 Over £1.4 million was spent on classic motorcycles at the Bonhams auction at Stafford last month. The highest bid was, inevitably, for a Vincent Black Shadow, but we were watching the prices of some more down to earth classic British bikes…

Looking through the sale results from the Bonhams auction at the spring Stafford Show, it’s obvious that there’s an unusually broad spread of prices. At one extreme, the bidding seems to have gone bonkers for some not particularly special motorcycles. At the other, some highly desirable old bikes have been sold for a song. There’s two possible and obvious explanations for this. First, the condition of the bikes in the metal tilted the bidding in either direction – it can be truly hard to establish values from a photo and even the most detailed description.

Or second, the world has gone mad.

Consider the Norton Commando. There were four Commandos up for grabs in this sale. Typically, a roadworthy Bendy sells for between £6500 and £8000 these days (less for private, more for dealer, etc). So when the first Commando of the quartet, a recently serviced 1975 Mk3 Interstate, sold for £7475 including extras that seemed to be spot on market value. 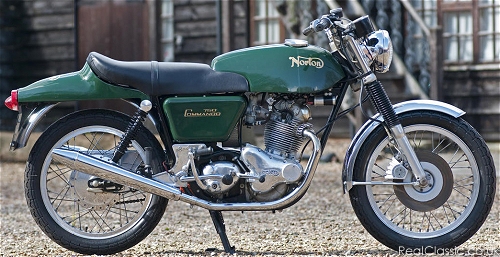 Then an hour later, a 750 Fastback – normally considered to be rather more sought-after than the lardy Mk3 – went to a new home for £5520. OK, so the Fastback had been off the road and would need a service. But how did that make it worth £2000 less than the Mk3?

The plot thickened when the bidding on the final two Commandos failed to reach reserve, and neither of them sold. One had cast wheels and a strange saddle and also needed putting back on the road. Again, it’s difficult to understand why no one was tempted to pay £5k and turn a quick profit. 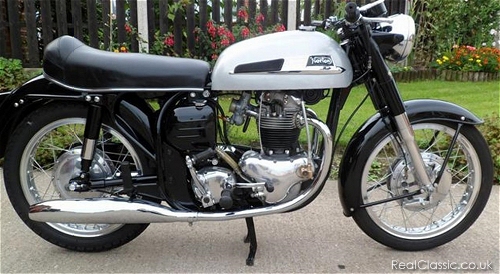 Especially when the next Norton under the hammer was a featherbed Mercury, one of the final incarnations of the Dominator. And yes, we know we’ve been telling people for years that the single-carb Mercury is by far the nicest of the Dominators – but even given our massive worldwide influence, £6900 still feels like top value for an end-of-line model which was sneered at for years as a parts-bin special. 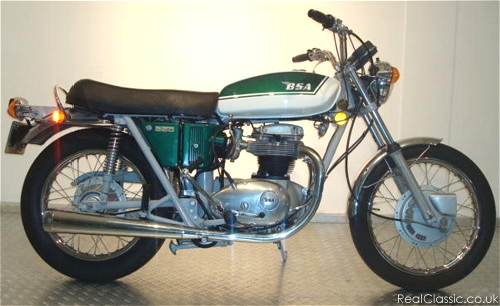 Then there’s the perplexing matter of the 650 twins. In general, when you stand a BSA 650 alongside a Triumph 650, it is the latter which will sell for more money. But not this time. 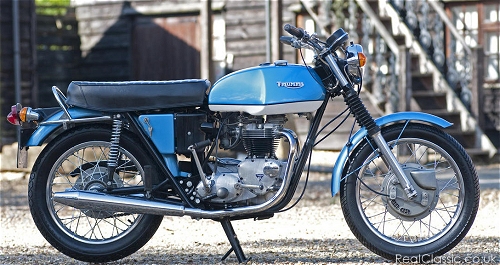 Or was it especially hot in the sale room?

As you might understand, this haphazard bidding has played merry hell with our pre-sale predictions and we seem to have done rather worse than Radio 4 does with the daily racing tips. However, we’ll review the outcomes for your entertainment… 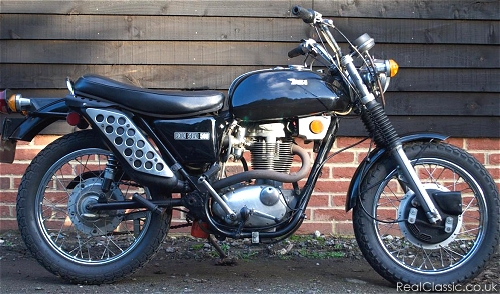 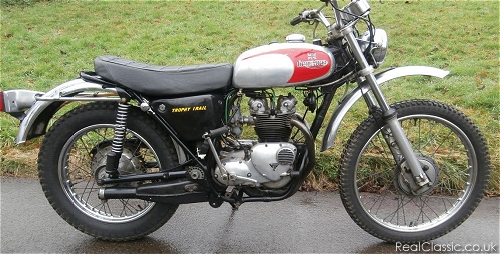 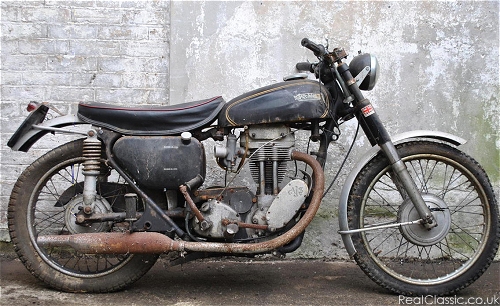 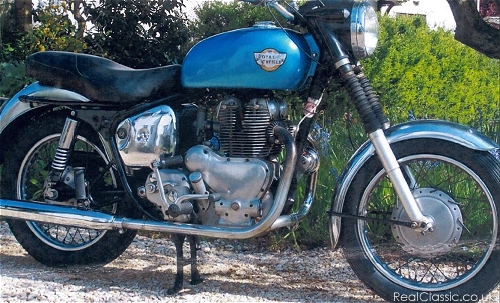 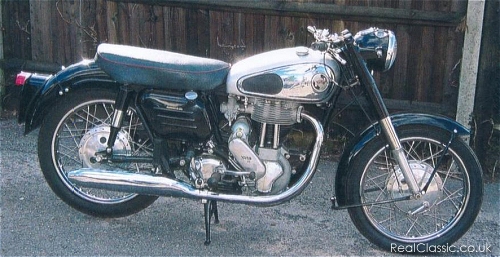 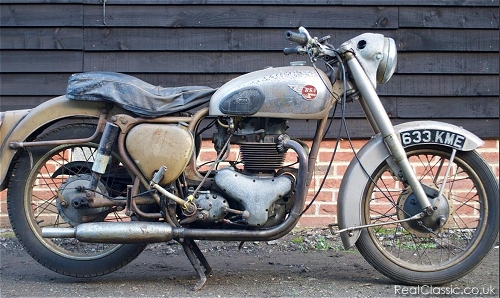 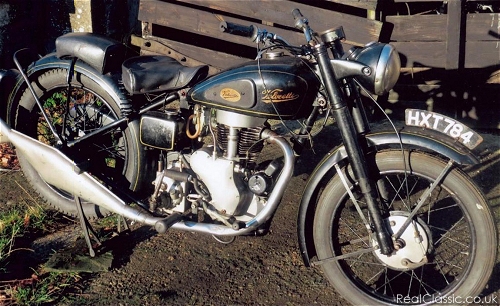 This 1947 model sports our favourite combination of rigid rear end and Oleomatic tele forks. Catalogue estimate £1900 to £2500. We said ‘four grand is a distinct possibility.’ 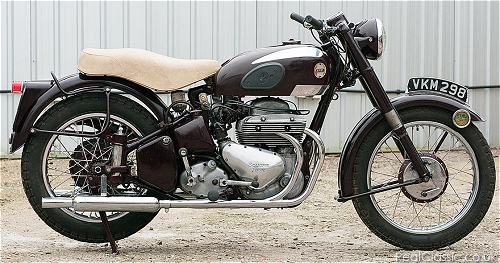 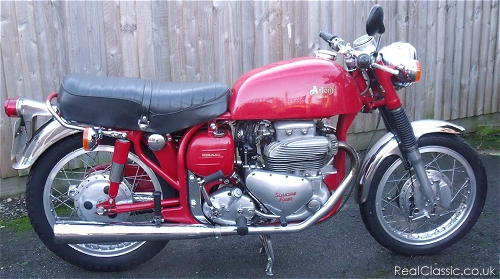 A combination of Ariel Square Four engine and Norton featherbed frame. Catalogue estimate £7000 to £9000.
SOLD for £7475 (hang on. How can a special, even a very nice one, be worth as much as an original?) 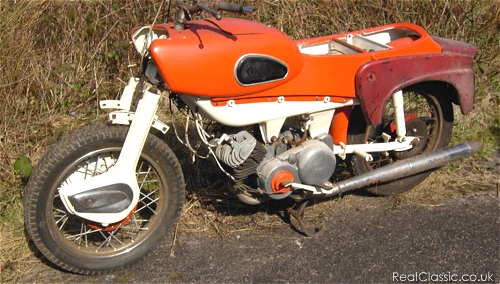 And if all that isn’t quite weird enough for you, here’s one final thought to keep you awake at night. How much would you pay for an Ariel Leader? A grand is quite enough, yes? Well, indeed, one 1963 example sold for £805 in this sale. It was described as ‘partly restored’ which might have been stretching a point; ‘partly destroyed’ might have been almost as accurate. Anyhow, someone loved it enough to cough up £805 for it. 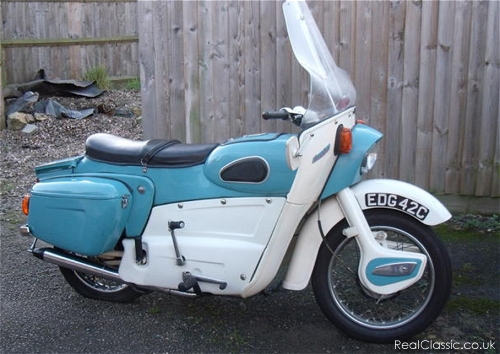 But there was another Leader in this auction. A 1965 Leader, original and unrestored and loaded with all its optional extras such as panniers, bumper bar, indicators, parking light, 8-day clock, rear carrier and sidestand. Hadn’t been on the road for five years so would need the usual recommissioning. And how much did one happy bidder pay for it?