The headlines have been relentless. ‘Dow plunges another 600 points.’ ‘Consumer confidence slips again.’ ‘Banks in every country facing liquidation.’

So despite watching a recent BBC TV interview with a group of young ladies in Birmingham who claimed not to have heard about the credit crunch until questioned by the reporter, I think it’s reasonable to presume that most readers will have sussed that times are getting hard out there.

Inevitably, experts such as financial adviser Alvin Hall, are counselling us all to ‘cut down on money we all spend on hobbies’. So will our own particular interest suffer in the months ahead? And should we all review how we choose to amuse ourselves and relax in those precious moments when we don’t have work to do?

A BBC survey reckons that collectively we probably fritter away around a million pounds each week on amusing ourselves. But when we drill down into that figure the majority seems to be spent on drinking, smoking, eating out, going to the gym, cinema and so on. So now I can see where Alvin Hall is coming from – these are obvious areas where people can save money. However, psychologists have long known that a hobby pursued with a genuine passion have a vital effect upon our wellbeing. And, no, that probably doesn’t include being passionate about smoking as a hobby. But collecting and riding elderly motorcycles is surely as good as example of passion as any.

So how likely are we all to suddenly clamp down on our own particular passion? Well, Dr Paul Frost PhD and his team at the Federation of British Historic Vehicle Clubs reckon that our classic vehicle hobby represents a UK micro economy (my words not his) of around three billion quid. So if we did all stop spending there wouldn’t be ripples – the effect would be more akin to a bloomin’ tidal wave.

‘Gambling is my hobby, so I’m not really the person to ask about saving money! I’d say do not gamble, make sure that you know where your limits are, know where to invest your money. 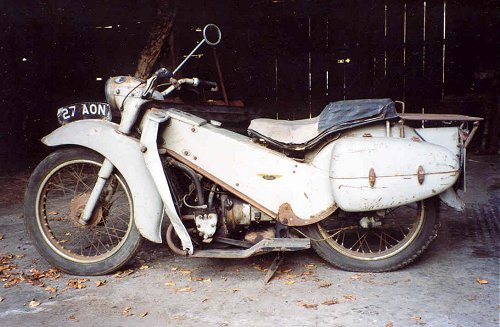 But what of us who choose to gamble on being able to get our old iron started? Some people suggest that compared with hobbies such as, say, golf or fishing or eating out in swanky restaurants, the money we spend on our bikes and tools is as good as ‘saved’.

How do psychologists see it? I turned to writer Trent Hamm for guidance: ‘Many hobbies are a massive drain on the bank account, consuming money in huge bites like a cash-starved elephant.’ But Trent counsels that a love of quality and craftsmanship is one answer. While his own vice was food not bikes there are – believe it or not – parallels to be drawn: ‘Whenever I’d go out to eat at restaurants, I’d marvel at the amazing foods put before me — breads, delicious cheeses, fine beer and wine. Then I found is that I got much the same joy in my own kitchen preparing my own food. I got to enjoy the craftsmanship of making foods for myself — the joy of home brewing, the pleasure of baking my own bread and making my own pasta. I found that an hour making homemade fettuccine was well worth the time invested, as I began to intimately understand the elements of good food that made me love it.’

One can apply this wisdom to almost anything worth getting passionate about. Indeed, perhaps it’s actually more rewarding to channel one’s passion into learning about the craftsmanship behind the item. Will doing your own basic maintenance, for example, give a far closer relationship with a motorcycle than having it serviced for you? And is getting involved with a few spanners more rewarding than getting the credit cards out? Could a simple home-made bracket instil more pride than a cheap fixing purchased from eBay? Alternatively, research the market and buy the very best part you can – no matter how small and seemingly insignificant the item its sheer quality is likely to give you many years of pleasure. 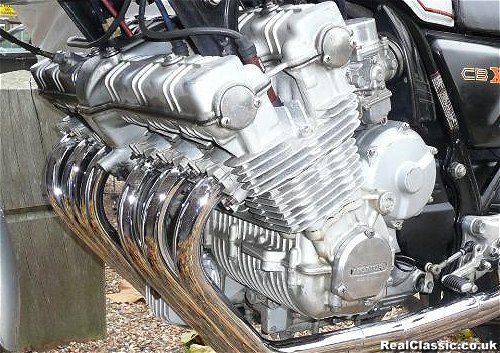 ‘But my bike is too complex for amateur home maintenance.’ Hmm… if you’re really sure about that (and don’t be too quick to put yourself down) think about changing your ‘ride’. Trent Hamm again: ‘Golfing can be just as much fun with a dirt cheap 4-iron and a used golf ball as it is with the latest equipment. Sure, your shot might not fly as far through the air, but that just means you yank out the 3-iron instead of the 4- iron. Problem solved — and golf becomes much cheaper to enjoy.’

So instead of lusting after a bike that’s as pointlessly expensive as Jonathan Ross, question if it can really give you significantly more pleasure than the BSA or Honda you can more easily afford? The rides out, the fields, the sights, the lanes, the smells, the skinned knuckles and the mates will all be the same. It may not be quite as fast flat out but do you really want to be as illegal as the contents of a supermodel’s handbag?

Surely the real reason that so many people spend so much money shopping for things they don’t really need is boredom? And we all know that a shed, an old bike and a busy calendar of rides and shows means there’s certainly never time to get bored. Indeed, past recessions (yes – while teenage hedge fund managers might not realise it, we’ve had them before) have resulted in folk re-evaluating their lives and their spending, and discovering a passion and a hobby that has made them happier than before. 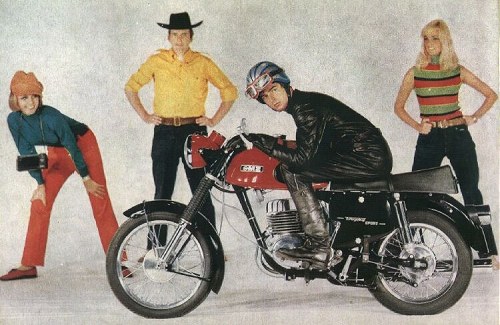 So are we to conclude that – against the predictions – some hobbies will actually grow in a recession, to become more important than ever? One piece of wisdom that any of us who has ever bought a cheap pattern part or a cheaply restored bike knows all too well is ‘Buy the best and buy for the long haul’. So while only a fool would encourage anybody to borrow money to spend on a hobby, it’s probably fair to say that keeping a couple of thousand pounds (that would otherwise be earning three percent interest in a savings account) invested in a machine that will bring with it well-being, friendship, passion and – yes – sometimes frustration, will be a good move.

But if you still need someone to convince you that we’re doing the right thing, and not being wasteful, BCA’s Robin Lawton says ‘There is a ready market for interesting and unusual vehicles, despite the current economic conditions.’ And – against predictions – those nice boys at Bonhams add that many bikes at recent sales are achieving or even exceeding their estimates. We’re not talking just the headline stars either; mainstream entries also appear to be as popular as ever.

As one analyst told me: Think of the crash of 1987, which started the flow of funds into the collector market. The trillions being pulled from stock markets around the world today will be put somewhere, and it’s not unreasonable to think that some portion of it will go toward old cars and bikes…