There’s a chance to see racing superstar Jim Redman at the Ardingly Show on 29th March, along with all the usual attractions at this friendly classic bike show…

There’s a unique opportunity at the Ardingly Show on Sunday 29th March 2015 to make the acquaintance of a true racing legend, Jim Redman MBE, the show’s special guest. The six-times world champion and six-times TT winner will be signing books and taking part in Q&A sessions in the main show hall.

Born in Hampstead Heath in 1931, Jim did not have an easy start in life. Both his parents died before he was 17 so he supported his younger brother and two sisters. After migrating to Rhodesia at the age of 20 he began his racing career in 1958. Redman’s true grit meant he was recruited to the Honda factory team just two years later, and he was awarded his MBE in 1964 – the year in which he became the first rider in history to win three Grand Prix in a single day. Redman was the first to race the Honda Six, creating an almost unstoppable force on the track. He still holds the record for securing the most world championship titles for Honda.

Following the crash at the 1966 Belgian Grand Prix which ended his career, Jim pursued other interests, then in 1995 he staged a stunning comeback at Daytona. Aged 63 and after being away from the track for 26 years, Redman started in 50th place of 60 competitors. He finished first. 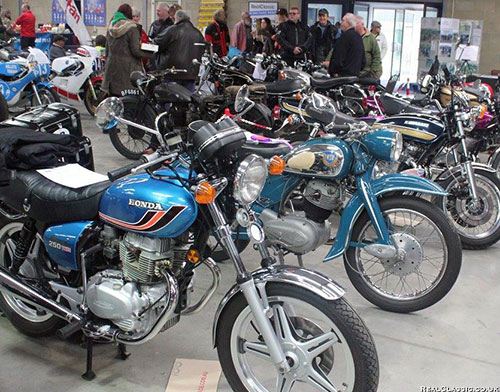 To complement Jim Redman’s appearance at Ardingly, the show will be themed around Honda racing motorcycles – do contact the organiser if you have one to display. The South of England RealClassic Bike Show also features the usual range of attractions, including the extensive indoor motorcycle displays and club stands; large indoor and outdoor bikejumble with new and used spares, bikes, clothing, specialist spares and accessories for sale; free BikeMart display-to-sell area for private vendors; helmet park; free parking and a great range of catering (previous events featured local free-range hog roast, fantastic Italian smokerie, a bakers stall, toasty sandwiches and real coffee in addition to standard burgers). Well-behaved dogs on leads are welcome. 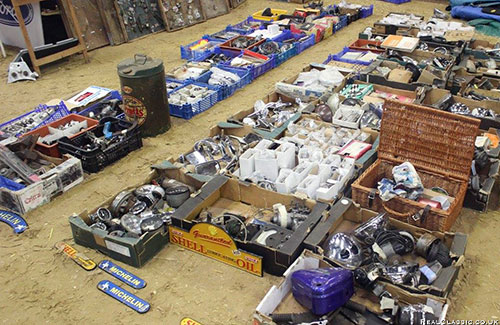 RealClassic magazine subscribers benefit from admission at the discounted rate of £5, so don’t forget to show your blue RC club card* on the way in. Look out for the RealClassic Crew in the main hall: we won’t be able to attend the October Show at Ardingly this year, so if you want to bend Frank’s ear then don’t miss your opportunity this time around! 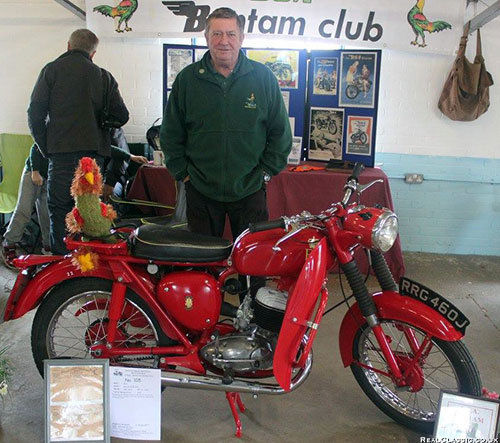 The Show opens at 10am and the prize presentation takes place at around 3pm, all at the South of England Showground at Ardingly near Gatwick.

*If you’re a current magazine subscriber but don’t have a card, call 01507 529529 and ask to speak to Sharon, who will send you a replacement…