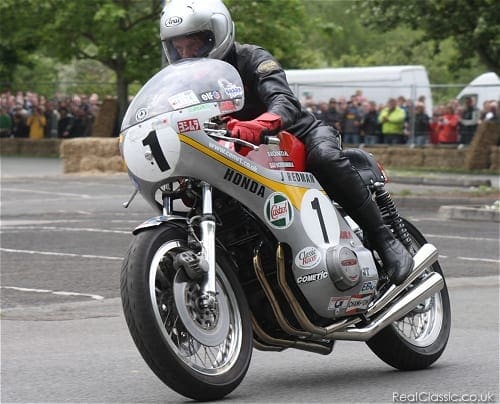 The dates for two classic track events in 2013 have been announced, and the first big name star rider confirms his attendance at the Thundersprint…

After enjoying great success for many years in Northwich Town Centre, the Thundersprint relocates to a new venue at Anglesey Circuit on 21st April 2013. The event encompasses an array of motorcycling activities both on and off the track with parades and cavalcade, Masterclass star riders, hundreds of classics on display and a busy schedule of entertainment for the whole family.

The first of those star riders has just been announced, and racing enthusiasts will be delighted to learn that Jim Redman, six times TT winner, will be returning to ride at Thundersprint once again. Jim has been a regular at the last 14 Thundersprints and says: ‘I look forward to every single Thundersprint because it is the only event in the year where I actually race – if only against the clock.’

Meanwhile, we can’t yet reveal the identity of the ‘very special star rider’ who will appear at the VMCC’s 2013 Festival of 1000 Bikes because it’s a closely guarded secret (so secret that we don’t actually know). We can however confirm that this hugely popular classic track event will take place at Mallory Park on the weekend of July 13th and 14th 2013.

You can expect an excellent turn-out no matter what the weather brings. In 2012, despite the truly terrible weather all summer – over 1300 bikes and riders took part in the Festival which more than lived up to its name. The Avenue of Clubs overflowed with more than 50 different organisations and even superstar Kevin Schwantz got into the mud-splattered spirit of things in the pre-65 trial. 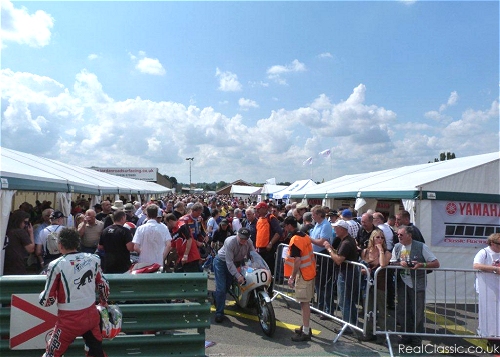 The 2013 event offers classic motorcycle enthusiasts the opportunity to ride their own machines in multiple track sessions over the weekend. On the Saturday the Festival caters for all classes of VMCC-eligible road machines, with discounts on the entry fees for pre-1925 motorcycles. Noise restrictions are less onerous on the Sunday, so that’s when the racers, past masters and star riders let rip.

There’s plenty of opportunity to see your racing heroes at signings and interviews over the weekend, and the track action is complimented by historic grasstrack and sprint demos, classic moto-X and scrambles, the trade stands and autojumble and all kinds of other entertainment including stunt shows, fireworks display, live music and a jolly fine selection of real ale from the bar which handily overlooks the straight.

Track sessions always fill up early in the season, so if you’re not already registered then nip over to to secure an entry form.