If you live within riding range of Cassington and have an interest in British bikes, then the BMRC say you’ll be welcome at their weekly meetings…

The BMRC are a group of enthusiastic and dedicated motorcyclists who meet each week at the Red Lion pub at Cassington, which is a short ride away from Oxford. Primarily, as their name suggests, the British Motorcycle Riders’ Club celebrates the machines and history of British-built bikes.

However, this doesn’t mean that the club excludes other riders or folk who don’t happen to own a Britbike just at the moment. Instead, the BMRC welcomes all motorcycle enthusiasts and has a special arrangement for associate members – who are automatically converted to full members once a Britbike has taken up residence in the shed.

In this way, the club encourages people to get involved with the scene and join the organisation without being restricted to a particular marque. This practical approach should make choosing a first classic just a tad less stressful – being able to ask other club members for advice – and lets newcomers soak up the ambience at the Monday meetings when a variety of motorcycles assemble. Most full members of the BMRC own a number of bikes including ones built overseas, not just Brits, as well as some more modern machines so there’s no hint of exclusivity. If you ride motorcycles then you’re welcome. 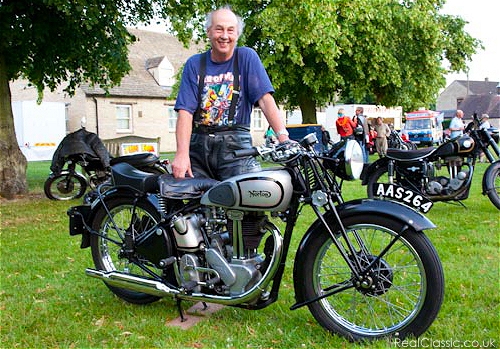 The open-to-all format also helps to achieve the club’s central aim, which is ‘to preserve the heritage of British motorcycling through usage, conservation and display’, as well as encouraging the use of motorcycles for transport and leisure. The BMRC put that into practice whenever possible, with regular club runs throughout the summer season. In fact, their first organised ride of 2013 took place during the coldest March we can remember and attracted an interesting array of old Brits – a Norton 350, an Ajay single, a BSA twin and even an OHC sporty Norton – along with a selection of international classics.

The club meets at 7.30pm each Monday evening, where they’re joined by the local Vincent Owners once a month who add a touch of exotica to the proceedings. The BMRC meet is a social event where members and visitors have a chance to chat and admire each other’s bikes, with an occasional film show or guest speaker. The club organises rides to meet other enthusiast groups and attend vintage rallies and the like – at the time of writing they’re setting up a trip to visit the Norton factory at Donington Park. 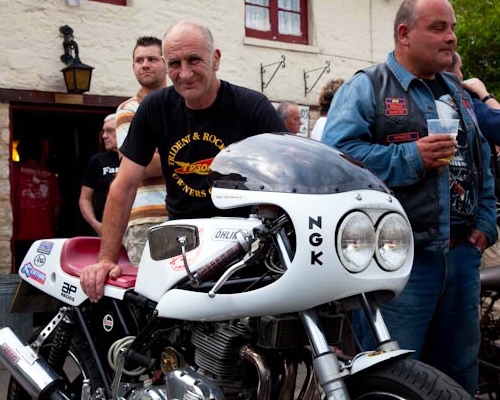 The BMRC also hosts its own event, which falls on June 1st in 2013. The ‘Best of British Bike Day’ also takes places at the Red Lion at Cassington. You may also have seen the BMRC’s display at the annual Stafford Show, and the club plans to broaden its scope by introducing ‘marque specialists’ among its members – people with knowledge, possibly tools and manuals, relevant to specific makes and models who are happy to offer advice and assistance to other members.

Mainly, however, the BMRC just wants to see more British bikes in use on the road and is keen to achieve that aim. They say they are ‘a rider’s club and not a polishing club’. So if you’re looking for a scenic destination for your next ride on a Monday evening, then Cassington could be a tempting destination…

It costs £9 to join the BMRC and membership is then £7 per year. See